In the caption, Ranveer Singh hinted that his quirky look is dedicated to Gucci's Creative Director Alessandro Michele 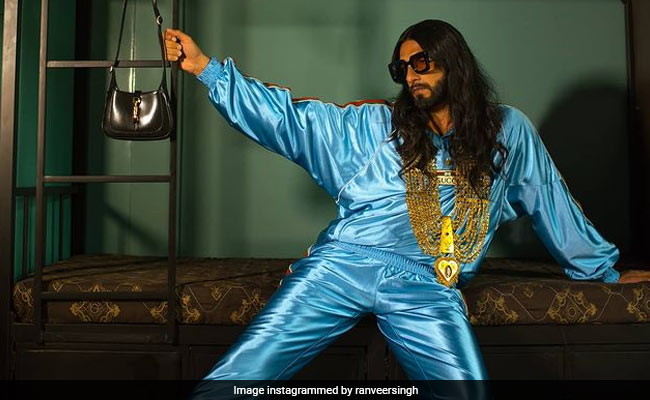 Oops, Ranveer Singh did it again! The 35-year-old actor, known for his flamboyant sense of style, just raised the bar on the fashion meter. On Wednesday, Ranveer Singh filled up his Instagram with a bunch of photos, in which he can be seen dressed in head-to-toe custom Gucci. In the caption, Ranveer Singh hinted that his quirky look is dedicated to the brand's Creative Director Alessandro Michele. In the photos, Ranveer can be seen sporting long hair, inspired by the real life Alessandro Michele. "Alessandro, my beloved," Ranveer captioned his photos. For his latest photoshoot, Ranveer pulled off metallic separates in blue, paired it with a signature Gucci trench coat, thick-framed glasses, a red hat and a really intense golf neckpiece. Also, no one can miss the handbag he is carrying from Gucci's Jackie 1961 collection. One word - wow.

Ranveer Singh's photos started a riot of comments on Instagram. His Gully Boy co-star Alia Bhatt reacted with these expressions: "Uff! Uff! Uff!" while Ranveer Singh's Gunday co-star Arjun Kapoor described him as a version of late actor Jared Leto: "Veer Leto". Kubbra Sait thinks Ranveer is a unicorn: "You really are the unicorn aren't you?" Meanwhile, Zoya Akhtar, who directed Ranveer in Gully Boy and Dil Dhadakne Do, wrote: "I love you." Tiger Shroff too resonated with Ranveer Singh's "vibe."

So, we came for Ranveer Singh's photos but we stayed for the comments. 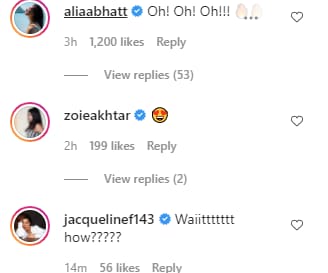 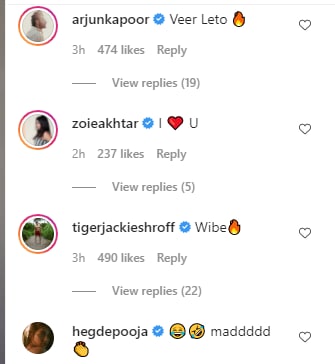 In terms of work, Ranveer Singh has films such as '83 and Jayeshbhai Jordaar in his line-up. He had wrapped the shooting schedules of two of his upcoming movies last year. Ranveer will also feature in a cameo in Akshay Kumar's Sooryavanshi, which will release in cinemas. Ranveer's upcoming projects also include Karan Johar's period drama Takht. He also has signed the dotted line for Rohit Shetty's new film Cirkus.