We Asked Salman Khan About Favourite Co-Star. He Spoke About Katrina Kaif For 2 Mins 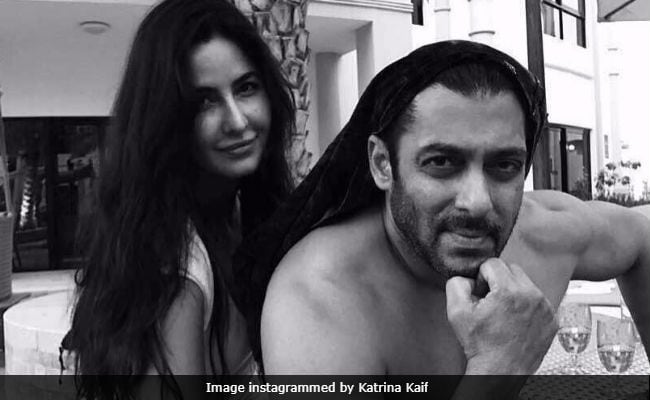 New Delhi: We asked Salman Khan to name his 'absolute favourite' co-star, he said that he doesn't have one but then talked about Katrina Kaif, non-stop, for two full minutes. Surprised, anybody? Salman had all sorts of wonderful things to say about Katrina, with whom he co-stars in upcoming film Tiger Zinda Hai. Salman, almost 52, told NDTV's Aneesha Baig that Katrina Kaif is lovely and hardworking. "I've had a great time working with Katrina Kaif. She's lovely. She's worked so hard in the film that I feel... uff. She's like a humma. She keeps on working, working and working. So when you will actually see the action sequences, she has done it like on a different level altogether. She has done most her stuff by herself and kind of risky stuff as well."

Once Salman Khan started talking about Katrina Kaif's dedication, he could hardly stop himself. He described Katrina's post pack-up fitness routine in detail. "It was all very tiring because where we shot it was like 50 to 55 degree Celsius. After shooting all day, she would play cricket for an hour and volleyball for an hour. She would do pilates and then workout in the gym. She learned to play tennis too, so an hour-and-a-half would be spent on tennis. Five to six hours she would just be at it and we wondered where she'd get that kind of energy from."


Promoted
Listen to the latest songs, only on JioSaavn.com
Salman Khan and Katrina Kaif have made several films together such as Maine Pyaar Kyun Kiya, Partner and Yuvvraaj. But they are best known for co-starring in 2012's Ek Tha Tiger, the sequel of which (Tiger Zinda Hai) is releasing on December 22.