Fanboy Ranveer Singh On Shah Rukh Khan: "We All Became Actors Because Of Him"

"He is our idol and his contribution to the industry is one of a kind," said Ranveer Singh 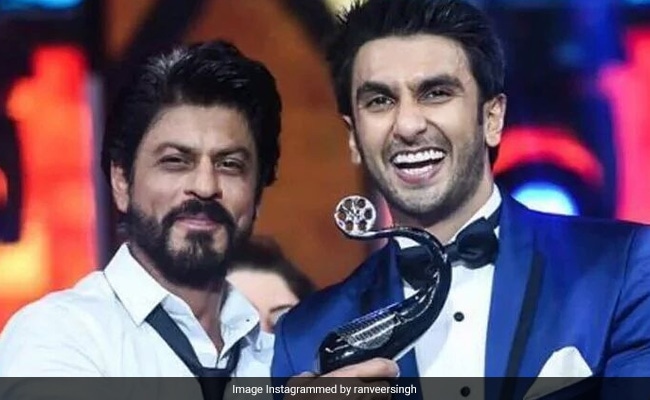 The trailer of Cirkus was unveiled on Friday and received massive responses from the audience.

Set in the 1960s, Cirkus trailer revolves around Ranveer in a dual role, with both the twins unaware of each other's existence. Varun Sharma too plays a double role in this family entertainer.

While Ranveer has two love interests in Pooja and Jacqueline already, he is joined by actor-wife Deepika Padukone for a song in the trailer. Deepika will be seen dancing in a special song with Ranveer. With the trailer, Rohit also gives a hint of the new universe he is planning to create with the Golmaal franchise.

Cirkus marks Ranveer and Rohit's third collaboration after Simmba (2018) and Akshay Kumar-starrer Sooryavanshi, where Ranveer made a cameo appearance. The film is scheduled to release on December 23.

Meanwhile, Shah Rukh Khan will be next seen in an upcoming action thriller film Pathaan alongside Deepika Padukone and John Abraham.

Apart from that, he also has Rajkumar Hirani's Dunki and south director Atlee's Jawan.

Ranveer, on the other hand, will also be seen in Karan Johar's Rocky Aur Rani Ki Prem Kahani along with Alia Bhatt, Dharmendra, Jaya Bachchan, and Shabana Azmi.