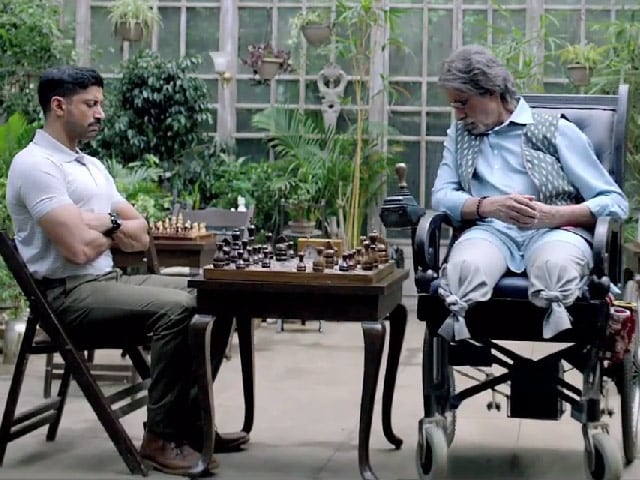 Farhan Akhtar and Amitabh Bachchan in a still from Wazir.

"A dangerous game is about to begin."

Remember the last time megastar Amitabh Bachchan played a schemer in Aankhen? It's about to happen again in Bejoy Nambiar's upcoming film Wazir.

The first teaser of the film, which released on December 19, shows Big B and co-star Farhan Akhtar engrossed in a precarious game of chess. However, their game is not limited to the chess board, but spills to real life.

Mr Bachchan, who is wheelchair-bound, takes on the role of a scheming 'wazir,' making moves that have a domino effect on Farhan's life, who is seen grappling with reality.

Promoted
Listen to the latest songs, only on JioSaavn.com
The film is written by Vidhu Vinod Chopra, who also co-produces with Rajkumar Hirani. Wazir is scheduled to release in 2015.