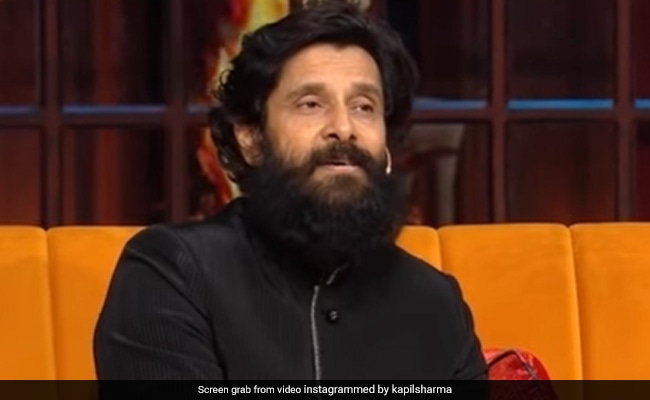 Kapil Sharma has shared a promo of the Team Ponniyin Selvan: I episode, which will air tonight. Vikram, Trisha Krishnan, Jayam and Karthi went to The  Kapil Sharma Show for the promotion of the Mani Ratnam magnum opus, which was released on September 30. The video opens with Kapil Sharma requesting Vikram to sing one of his favourite tracks. Vikram picked the Tamil Version of all time classic Tu Hi Re by Hariharan. Along with the video, Kapil Sharma, wrote, “Guess the song Chiyaan [Vikram] sir is singing. We both are great fans of Hariharan sir… here is the proof… tonight team.” Replying to the post, singer Mika Singh wrote, “Kya baat bhaaji.”

Earlier, a promo of the upcoming episode featuring the star cast of Ponniyin Selvan: I was shared by the makers. One of our favourite moments was when Kapil Sharma gave some tips to Chiyaan Vikram. The comedian asked, “Maine suna hai apne hali mai Twitter join kiya hai (I have learned you have recently joined Twitter)” To which, Vikram agreed. Kapil went on to give him a tip saying, “Twitter is very risky after whiskey.”

Ponniyin Selvan: I, which is based on Kalki Krishnamurthy's iconic five-part novel titled Ponniyin Selvan (The Son Of Ponni), chronicling the rise of the Chola dynasty. It also stars Aishwarya Rai Bachchan in a dual role. The film also marks her return to the big screen.

During the pre-release press conference of the film in Delhi, Vikram was asked to share his experience of working with Aishwarya Rai Bachchan. He said, "It's an honest confession. She dances so beautifully and it is beauty in motion, whenever she dances. I'm one of her fans and it's such a great pleasure to work with her and it's so nice to see her again."

“She has always stolen everyone's heart. Aishwarya has always been symbolic of that picture of perfection we look up to. I've always seen her films, and it wasn't just about her movies and her beauty, it's about what she stood for. She is always being watched, she always needs to be perfect, and she has done it in style," he added.