Vikram On Working With Aishwarya Rai Bachchan: "I Almost Forgot Myself In A Shot"

"I'm one of her fans and it's such a great pleasure to work with her," said Vikram 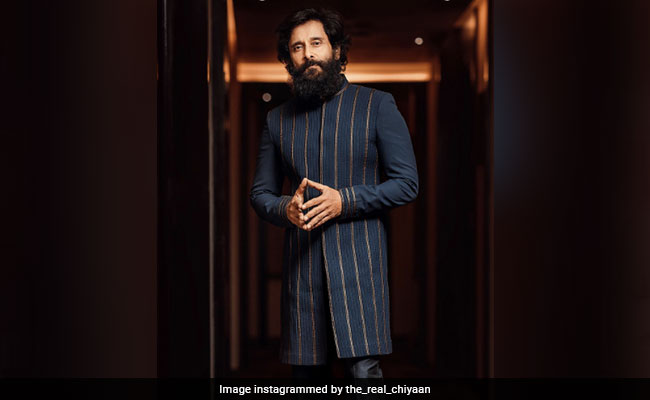 Vikram, who is waiting for the release of his film Ponniyin Selvan 1, recently spoke about his co-star Aishwarya Rai Bachchan. According to a report in News18, at the pre-release press conference of the film in Delhi on Monday, Vikram revealed that it happened for the first time that he forgot himself in a shot. He said, "It's an honest confession. She dances so beautifully and it is beauty in motion, whenever she dances. I'm one of her fans and it's such a great pleasure to work with her and it's so nice to see her again."

He added, "She has always stolen everyone's heart. Aishwarya has always been symbolic of that picture of perfection we look up to. I've always seen her films, and it wasn't just about her movies and her beauty, it's about what she stood for. She is always being watched, she always needs to be perfect, and she has done it in style."

The actor recalled the time when he first met Aishwarya Rai Bachchan.

He said, "When she didn't win the Miss Universe title yet, and I was a struggling actor and as she got in, her cloth got stuck around her feet and she stumbled, and I thought she is going to fall on her face. But she stumbled, did a couple of missteps and then she gathered her poise and did the routine whatever she was supposed to do, and there were so many of them, and it struck me that this person is going to go places. I sensed that in her, the poise and the grace."

He added, "Every place you go, even in Chennai, there will be jewellery and saree stores with her picture and this is her charisma. Finally, when I got to work with her I saw the other side, where she is professional and I was lucky to have been paired opposite her in Raavan in Hindi."

The actors will soon be seen in the period drama Ponniyin Selvan. The film, directed by Mani Ratnam, will release on September 30. The film will also star Trisha, Karthi and Jayam Ravi among others.