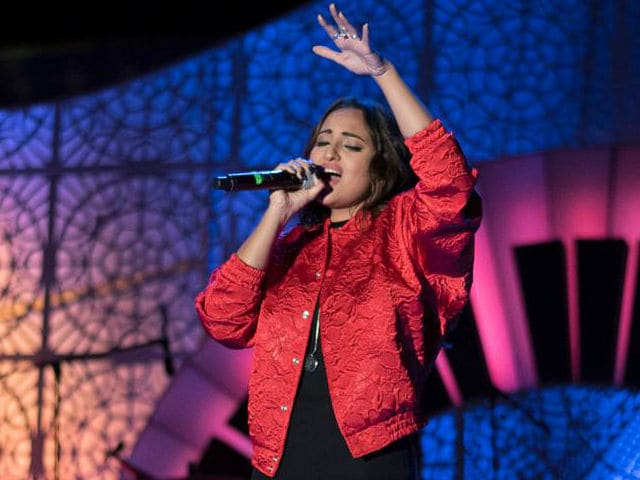 This image was posted on Facebook by Bollywood Music Project

New Delhi: Actress Sonakshi Sinha took her singing talent to a new level as she performed at the Bollywood Project in Mumbai on September 30. She won the crowd with her performance on Ikk Kudi (Udta Punjab's song originally sung by Diljit Dosanjh) and Euphoria's Mai Re.


Here are some pictures from Sonakshi's reverberating performance:


Sonakshi has a single Aaj Mood Ishqholic Hai added to her discography. The single was composed by Meet Bros Anjjan. The 29-year-old actress also sang Rajj Rajj Ke from her latest film Akira.

Promoted
Listen to the latest songs, only on JioSaavn.com
Sonakshi's upcoming films are Abhinay Deo's Force 2 with John Abraham and Sunhil Sippy's Noor.