"Was Quite Taken Aback": Onir Reacts To Similarities Between Scenes In Made In Heaven And His Film I AM

"Acknowledgement has never been the strength of this industry," tweeted Onir 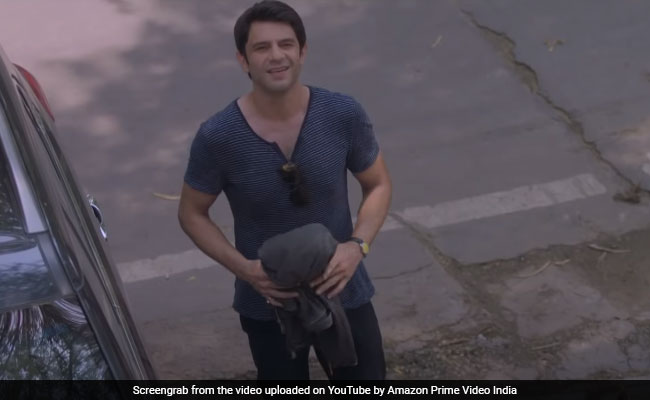 Arjun Mathur in a still from Made In Heaven (courtesy YouTube)

Filmmaker Onir, in a recent tweet, said he was "taken aback" after spotting striking similarities between a scene in Amazon Prime's 2019 wedding series Made In Heaven and a particular sequence in his 2011 film I AM. Onir was responding to a tweet from a user, who tagged the filmmaker in a video, which compared the two similar scenes, both featuring actor Arjun Mathur in intimate sequences with his respective onscreen partners (Rahul Bose in I AM). Arjun Mathur features in both I AM and Made In Heaven and played homosexual characters in both projects. "I was quite taken aback when I saw that so much of that section of I AM was not only there as content but shot exactly in the same way. But acknowledgement has never been the strength of this industry," tweeted Onir.

I was quite taken aback when I saw that so much of that section of I AM was not only there as content but shot exactly in the same way. But acknowledgement has never been the strength of this industry. https://t.co/ip2rzMQgC8

Onir's critically acclaimed film I AM is an anthology of four short films, each dealing with pressing social issues, and explored the theme of homosexuality years before it became a recurrent subject in Hindi films and shows. In 2012, I AM went on to win two National Awards - Best Hindi Film and Best Lyrics. Meanwhile, Made In Heaven was directed by co-directed by Zoya Akhtar, Nitya Mehra, Prashant Nair and Alankrita Shrivastava last year and tracks the story of two wedding planners, played by Arjun Mathur and Sobhita Dhulipala.

In more tweets, Onir shared what he's "being told": "Apparently it's in my imagination that it's so similar," said one of his tweets.

I am being told that it's just the incident and many such incidents happen and there were no actual similarities in the way it was executed https://t.co/LbNFI9JQs0

Apparently it's in my imagination that it's so similar and in the episode it's just an incident that is same and has no resemblance to the way it is in I AM !!! https://t.co/iM0Yd85r3I

In a separate tweet, Onir added that he had "spoken up" about the issue last year but failed to make much noise. He said, he has decided to speak out again as several celebrities are opening up about the dark underbelly of the film industry. "Why is A R Rahman and Resul Pookutty doing so now?" Onir asked. Mr Rahman recently alleged he isn't getting enough work in the Hindi film industry and that a "gang" is spreading "false rumours" about him. Mr Pookutty, for his part, claimed that he lost work. Both Mr Rahman and Mr Pookutty won Oscars for the film Slumdog Millionaire.

Onir is also best known for directing films such as My Brother...Nikhil, Bas Ek Pal and Shab.