"Was Devastated, Frightened": Nick Jonas Recalls Being Diagnosed With Diabetes At 13

"There are tough days but I have an incredible support system I can rely on to help me push through," wrote the 29-year-old singer 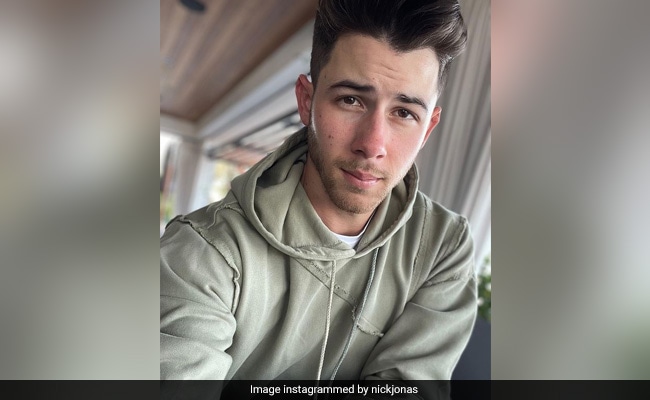 Nick Jonas, in "honor of National Diabetes Month," recalled what he went through when he was diagnosed with the disease at the age of 13 on this day 16 years ago in an Instagram post on Wednesday. The singer-actor, who has been dealing with diabetes for the past 16 years, wrote: "Today resonates with me personally because it's the 16th anniversary of my diagnosis. I was thirteen, playing shows with my brothers... And I knew in my gut that something wasn't right, so I went to my parents and told them I needed to see the doctor. After going over my symptoms, my pediatrician informed me that I had Type 1 diabetes. All the symptoms were in line with an undiagnosed Type 1" and added, "I was devastated - frightened... Did this mean my dream of touring the world and playing our music had to end?"

"But I was committed, just like I always have been, to not letting it slow me down. There are tough days but I have an incredible support system I can rely on to help me push through and not be hard on myself when I'm feeling low," added the 29-year-old singer.

Reacting to Nick Jonas' post, his father Kevin Jonas commented: "We will never forget that day. You inspire us all. Love you." Nick Jonas' wife and actress Priyanka Chopra also dropped a heart eye and a clapping icon for him in the comments section.

In an interview with diabetes organisation Beyond Type 1, Nick Jonas shared how Priyanka Chopra has been helping him deal with diabetes. "Having a partner that is loving and supportive and thoughtful in that way is really important. And I'm really grateful for that," he said in the interview.

Nick Jonas performs with his brothers Joe and Kevin Jonas under their rock band The Jonas Brothers. He has also worked in a couple of movies.

Nick married Priyanka Chopra in a Christian and a Hindu ceremony in Jodhpur's Umaid Bhawan Palace on December 1 and 2 in 2018. They live in California.

Blog: Harry Potter And I - A Muggle's Invite To The 'Ministry Of Magic'