Viral: Who Lip-Syncs Peaches Better, Suhana Khan Or Her Friend?

This time, the viral video is one of Suhana lip syncing to the song Peaches by Justin Bieber 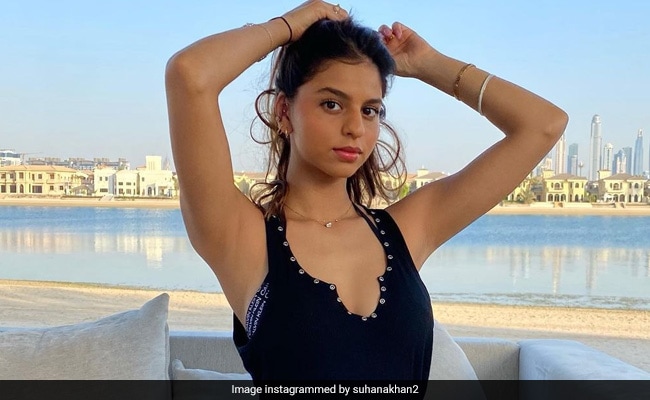 The Internet loves Suhana Khan and hence, it's not surprising that yet another video of Shah Rukh Khan's daughter is being shared by fan-clubs and going viral. This time, it's a video of Suhana lip syncing to the song Peaches by Justin Bieber. In the video, Suhana and her friend can be seen taking part in singing the song Peaches - Suhana, who holds the camera, keeps swapping the frame so that both of them are on screen. The setting appears to be an empty classroom as can be seen in the background. Suhana studies film at New York's Columbia University - she's currently in the Big Apple.

Here, take a look at this viral video of Suhana Khan:

Suhana Khan found a spot on the trends list recently, courtesy yet another adorable video, with which she wished her brother AbRam on his 8th birthday. In the video, Suhana and AbRam can be seen chilling by the pool - she asks for a kiss and AbRam adorably obliges.

Last month, Suhana turned 21 and celebrated her birthday with her circle of friends in New York. However, only one photo made it to her Instagram, in which we got a glimpse of Suhana's birthday-special outfit. Gorgeous, no?

Suhana Khan is part of Bollywood's gen-next circle, also comprising Amitabh Bachchan's granddaughter Navya Naveli Nanda, Shanaya Kapoor, Ananya Panday and Khushi Kapoor, among others Suhana aspires to be an actress and will pursue her career dreams only after finishing studying. Suhana has already featured in her first magazine cover for Vogue in 2018.