Viral Video: Sara Ali Khan Gets A Special Birthday Wish From Her Fans At Times Square In New York 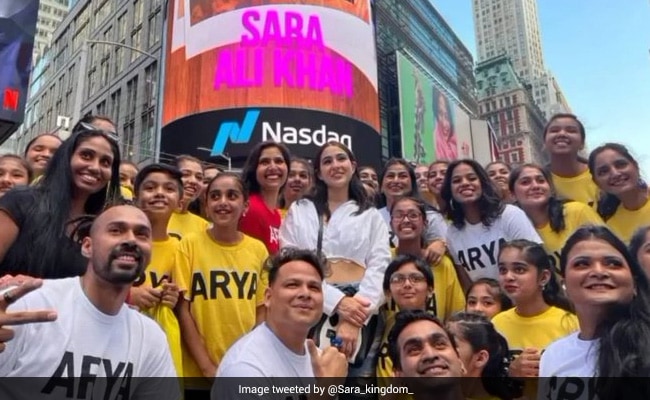 Sara Ali Khan celebrated her 27th birthday with her friends in New York City on Friday. Also, the actress was surprised by her fans as she stepped out in the city to celebrate the day. However, the cherry on the top was the Simmba actress featured at Times Square, New York. In a viral video, a group of fans can be seen dancing to all her songs on New York street while Sara stands there amazed. Later, they point toward a billboard in Times Square that features a birthday wish for the actress. The billboard lit up with Sara's pictures, including photos of her family and friends. In the video, the actress looks pretty in a white crop top paired with blue jeans.

Take a look at the viral videos:

In another viral picture, Sara Ali Khan can be seen happily posing with her fans. Check out the post below:

Hope you had great time in your fav city surrounding with fans and a beautiful surprise..
HBD SARA ALI KHAN#HappyBirthdaySaraAliKhan#SaraAliKhanpic.twitter.com/p6v1ecGGIg

On Friday, Sara Ali Khan offered a glimpse into her birthday celebration. She reshared a picture on her Instagram handle that showed her with a cake. In the image, the Atrangi Re actress is sitting with her friend Kamya Arora in a yellow ensemble and in front of them we can see a cake that has a lit-up candle on it. The picture was originally posted by Kamya on her Instagram handle along with a sweet note for the actress. It read, "Happiest birthday to a most bright light in my life. You make all difficult things feel doable, and all beautiful things all the more stunning. Love you so much (star emoji)." 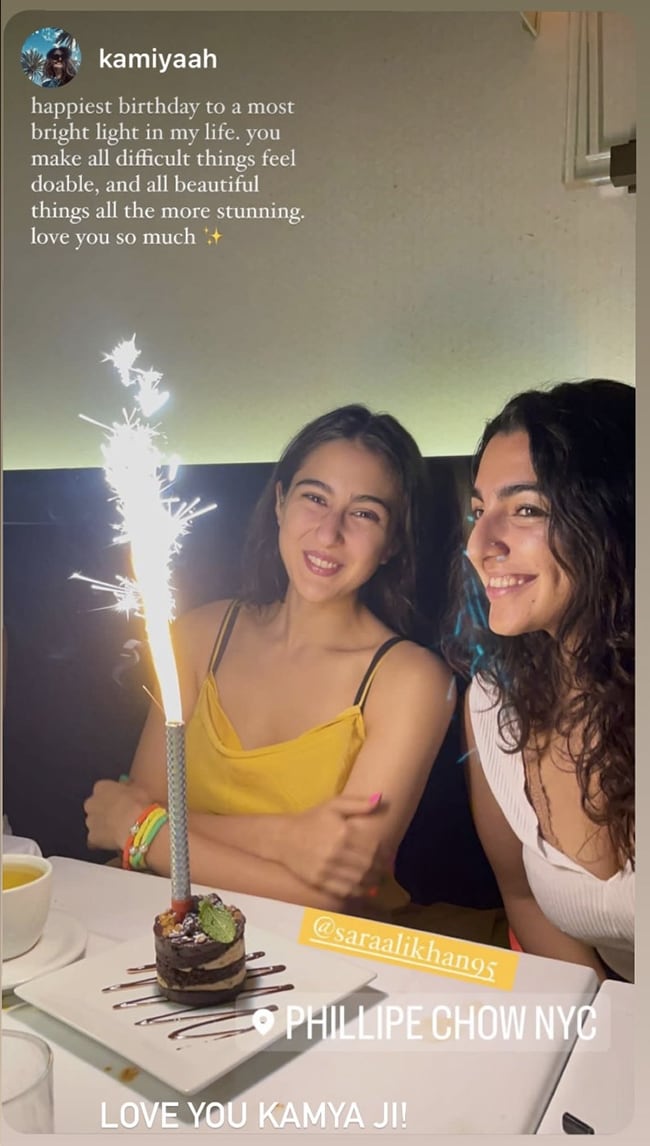 Meanwhile, on the work front, Sara Ali Khan will be next seen in Gaslight, co-starring Vikrant Massey and Chitrangada Singh.

To Raju Srivastava, Tributes From Ajay Devgn, Hrithik Roshan And Other Stars