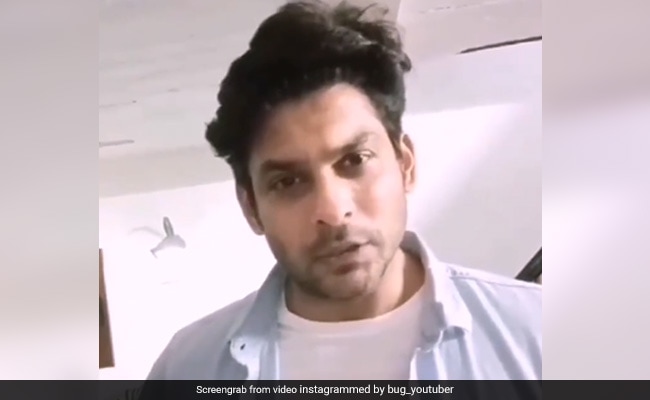 Sidharth Shukla in a still from the clip shared by a fan. (Image courtesy: mr.bug_youtuber)

An old clip of Sidharth Shukla, who died at the age of 40 on Thursday morning, has been doing rounds on the Internet. The clip shows the late actor, whose sudden death has left the television and film fraternity shocked and sad, sending one of his fans a get-well-soon message virtually. It is what Sidharth had said in the video back then is now breaking the hearts of his friends and fans. "Hey Bug, I'm sorry we couldn't meet. Mujhe pata chala something is wrong with your sister. I hope that she's well. All my love and prayers to her, and I really hope she gets well soon. And I know she will get well soon. You take care," the actor can be heard saying in the clip, in which he added: "Lambi hai zindagi, milenge phirse (life is long, we'll meet soon). Take care, bye."

Sharing the video, the fan, for whose sister Sidharth Shukla had wished speedy recovery, wrote: "I wanted to meet but somehow we couldn't... #SidharthShukla love you forever... You are my inspiration."

Sidharth Shukla died on Thursday morning. An initial report suggested that he died of a heart attack. Sidharth was taken to the Cooper Hospital and a panel of three doctors of the hospital conducted a post mortem last evening. "No external or internal injuries were found," a source told NDTV.

He won the 13th season of Bigg Boss. He was last seen in Broken But Beautiful 3.