SRK says the only religion that his children - Suhana, Aryan and AbRam - have been taught to identify themselves with is a religion called 'Hindustan' 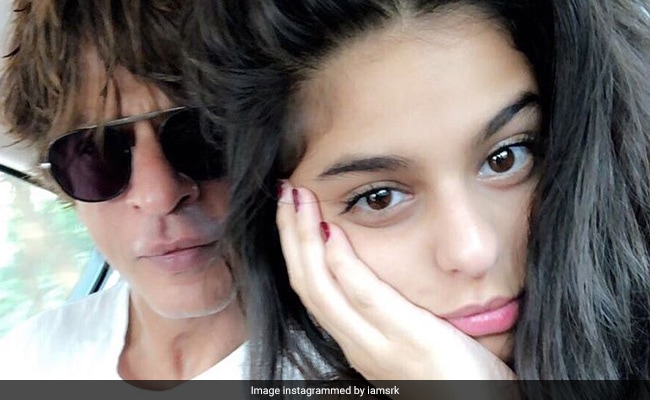 Shah Rukh Khan found a spot on the trends' list on Monday after a video of the 54-year-old actor sharing his views on religion went crazy viral, courtesy fan-clubs. The video is from a recent episode of reality show Dance Plus 5, in which Shah Rukh was a guest. In the video, the actor says the only religion that his children - Suhana, Aryan and AbRam - have been taught to identify themselves with is a religion called 'Hindustan'. Speaking to the audience and the judges on the show, Shah Rukh said: "...hum mein koi Hindu-Musalman ki baat hi nahi ki. Meri biwi jo hai Hindu hai, main Musalman hoon. Aur mere jo bacche hain, woh Hindustan hain. Genuine baat hai yeh (There is no such thing as Hindu-Muslim between us. My wife is Hindu and I am Muslim, my kids are Indian. It's a genuine thing)."

Shah Rukh also recounted an incident from when Suhana was young and enquired about her "religion". "Kai baar... jab woh school gaye toh school me wo bharna padhta hai ki religion kya hai. To jab meri beti chhoti thi, usne aa ke puchha bhi mujhse ek baar ki, 'Papa, hum kaun se religion ke hain?' Toh maine usme ye likha ki hum Indian hi hain yaar, koi religion nahi hai. Aur hona bhi nahi chahiye (When they went to school, we had to fill in the religion section. My daughter asked me once 'Papa, what is our religion?' and I wrote we are Indian, we have no religion and shouldn't have one either)," said Shah Rukh.

My wife is Hindu, I am a Muslim and my kids are Hindustan. My daughter was asked the religion in school form, I told her we are Indians - The pride of India Shah Rukh Khan. #RepublicDayIndia#RepublicDay2020pic.twitter.com/Qk95xxLT3j

On his 50th birthday in 2015, Shah Rukh had told NDTV in an exclusive interview: "Religious intolerance, or intolerance of any kind, is the worst thing and will take us to the dark ages," and added: "Religion cannot be defined by our meat-eating habits." The actor was targeted by two BJP politicians at the time for his comments.