Also, don't miss out clips of the actor dancing with dad Jagjit Singh Bhavnani to the track 'Khalbali' 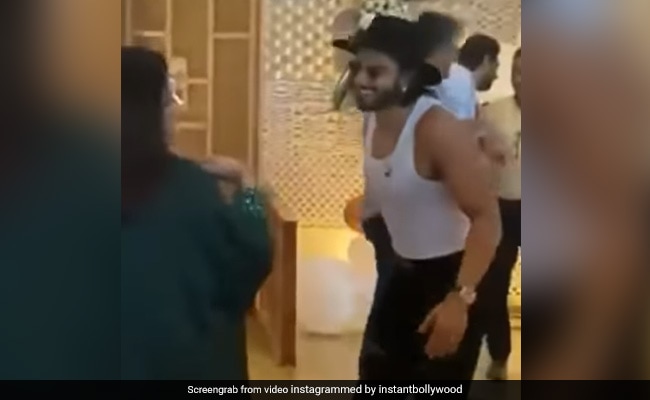 Ranveer Singh in a still from one of the viral clips. (Image courtesy: instantbollywood)

Ranveer Singh and Deepika Padukone recently celebrated his mother Anju Bhavnani's birthday at a restaurant in Mumbai and now, videos of Ranveer dancing like no one's watching at the party have been going crazy viral on social media. The Gunday actor grooved with his mom, dad Jagjit Singh Bhavnani and dancing for Deepika Padukone at the birthday bash. Dressed in a white vest and black ripped jeans, Ranveer, who is always energetic, and over-enthusiastic, can be seen dancing to the track Dil Chori from Kartik Aaryan's Sonu Ke Titu Ki Sweety with his mom in one viral clip while another shows him setting the stage on fire at the party by grooving to the song Khalibali from his 2018 film Padmaavat with his dad.

One more trending video features Ranveer Singh dancing for his wife as she enjoys his performance while sitting on a couch.

Check out the viral clips of Ranveer Singh from his mother's birthday party here:

On Sunday, Ranveer Singh, Deepika Padukone and Anju Bhavnani were spotted outside the Bastian restaurant in Worli, where they celebrated the actor's mother's birthday. See the picture of the trio here: 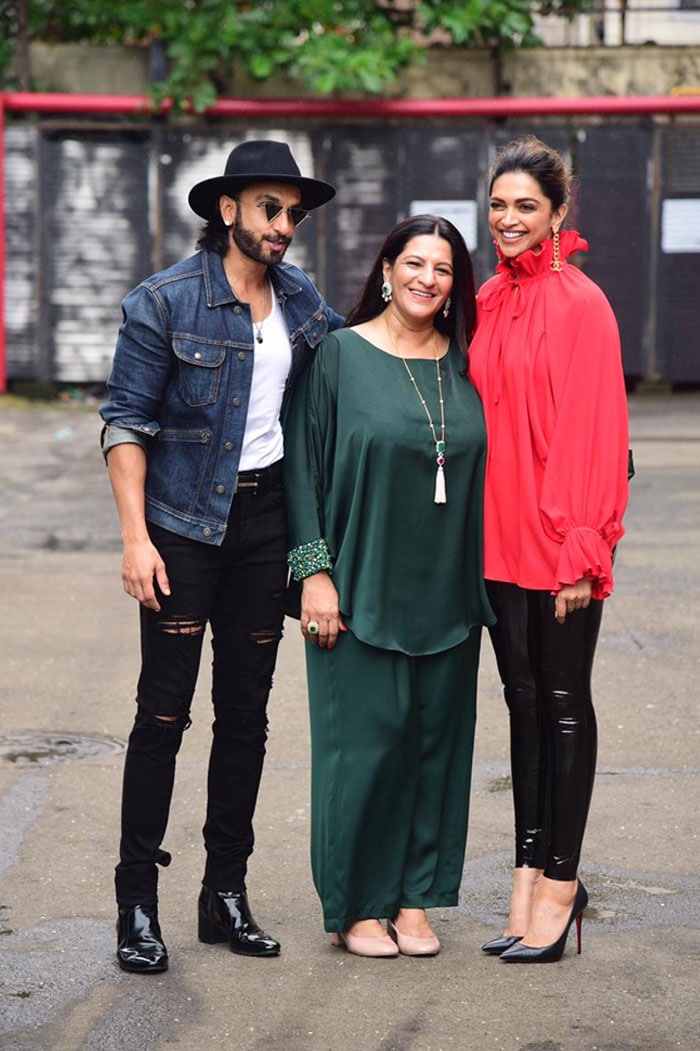 Earlier this year, he also announced his collaboration with Shankar for the Hindi remake of Vikram's Tamil hit Anniyan. The actor, in a statement, called the director "one of India's finest talents" and said that he "hugely admires" S Shankar, reported news agency PTI. He said: "To lead a film like Anniyan is a dream come true for any artiste. Vikram sir, one of our country's finest talents, an artiste who I hugely admire, gave a colossal performance in the original, one that can never be matched. I can only hope that my interpretation and rendition of the part also connect with audiences in the same way. It's undoubtedly a once-in-a-lifetime performance piece, and I am ready to give this role every single ounce of my being," reported PTI.