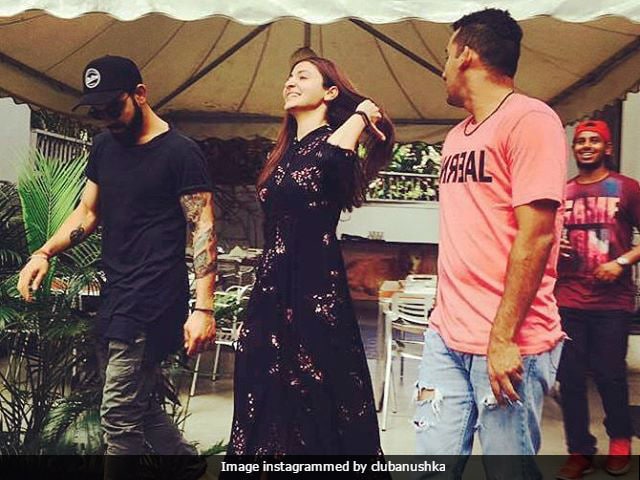 New Delhi: Bollywood actress Anushka Sharma was spotted with boyfriend, cricketer Virat Kohli in Bengaluru and their pictures are now viral. Anushka Sharma, dressed in a black floral printed maxi dress, is accompanied by Virat Kohli, wearing a black tee and trousers with a cap to go. Anushka and Virat look happy in the pictures and are seemingly unperturbed with fans clicking their photos. Virat Kohli is the captain of Indian Premier League team Royal Challengers Bangalore (RCB), who played their last match against Kolkata Knight Riders (KKR) in the city's M Chinnaswamy Stadium on Sunday. KKR won by 6 wickets. Here's a picture of the recent outing:

Anushka Sharma and Virat Kohli have been dating since 2013 and briefly parted ways in 2015. Anushka and Virat have been often photographed together and their conversation on Instagram last month trended for several days. Remember when Virat Kohli debuted his new look (no drastic change) and announced that he's not ready to shave the beard and Anushka wrote in comments section: "You cannot." Virat's reply was, "Okay."

Promoted
Listen to the latest songs, only on JioSaavn.com
Here's a recap of their conversation: 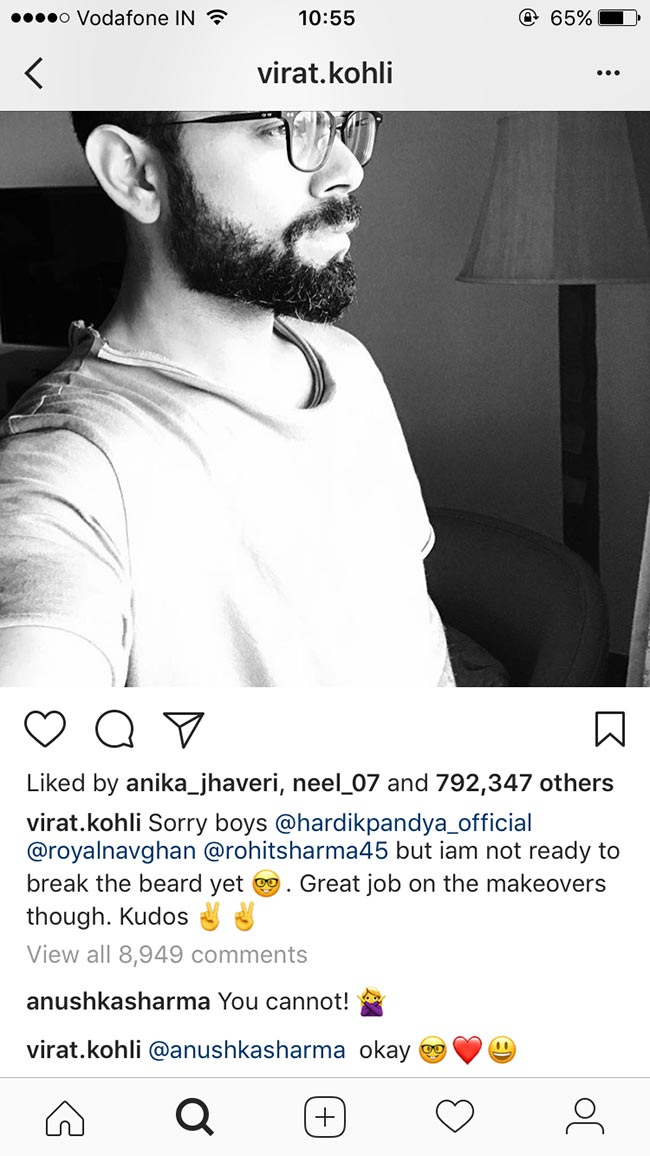 A screenshot of Virat and Anushka's now viral conversation on Instagram

Earlier in April, Anushka visited Virat while he was recuperating from a shoulder injury. Virat missed RCB's initial few matches to recover from the injury and Anushka was by his side.

Meanwhile, Anushka Sharma was last seen in Phillauri, her second film as producer after NH10. Phillauri was critically acclaimed and fared well at the box office. Her upcoming film is Imtiaz Ali's yet-untitled project co-starring Shah Rukh Khan. She has also signed up for a role in the Sanjay Dutt biopic, which stars her Ae Dil Hai Mushkil co-star Ranbir Kapoor. The Sanjay Dutt biopic will be directed by Rajkumar Hirani.