Pathaan will release on January 25 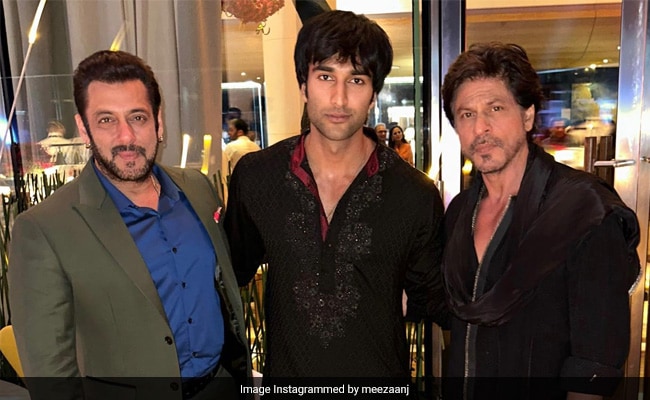 Shah Rukh Khan is returning to the big screen as a lead actor, and everyone, including actor Meezaan Jaaferi, is super excited. The Malaal actor has shared a throwback picture in which he is posing with the Khans - Shah Rukh and Salman. In the image, SRK and Meezaan are twinning in black traditional ensembles, while Salman looks dapper in a suit set. In the caption, he wrote, "Pathaan in theatres tomorrow," followed by a fire emoticon. Soon after he shared the post, his fans flooded the comment section. A user wrote, "Wow a Khan Sandwich," while others dropped heart and fire emoticons.

In the movie, Shah Rukh Khan plays the role of an agent named Pathaan, who is on a mission to save his country. He will be joining forces with Deepika Padukone to fight against John Abraham, a leader of a private terror group. The movie also stars Dimple Kapadia in a pivotal role.

Pathaan will hit the theatres on January 25 in Hindi, Tamil and Telugu.

Coming back to Meezaan Jaaferi, the actor made his Bollywood debut with Malaal. He has also starred in Hungama 2. Next, he will be seen in Yaariyan 2, which is a remake of the Malayalam film Bangalore Days.