Dhanush and Kajol's Velaiilla Pattadhari 2 (VIP 2) released in Tamil last week and the Hindi version of the film titled Lalkar, hits the screens this Friday 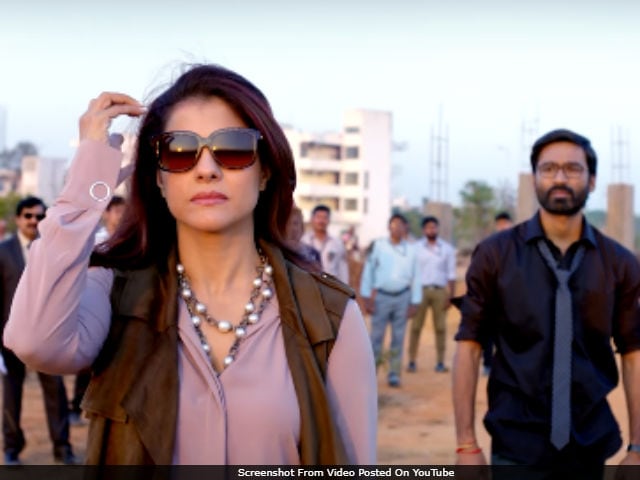 New Delhi: Dhanush and Kajol's Velaiilla Pattadhari 2 (VIP 2) released in Tamil last week and now, the Hindi version of the film titled Lalkar, hits the screens this Friday. This is the first time Dhanush and Kajol have collaborated for a film. VIP 2 released after multiple rescheduling. It was earlier scheduled for a July 28 release (Dhanush's birthday). In Lalkar, Dhanush plays an engineer Raghuvaran while Kajol features as a villainous entrepreneur Vasundhara. The film traces the relationship between Raghuvaran and Vasundhara. Lalkar is directed by Rajinikanth's younger daughter Soundarya. VIP 2 opened to mixed reviews from the fans and the critics.

VIP 2 was titled Lalkar in Hindi as Dhanush and Kajol both have a huge fan base in the North. "It was a strategic move to make sure the film reaches across all states. With Kajol and Dhanush coming together in a movie for the first time, the title has to connect with the masses. Both the actors have a huge fan base in the North, so we thought of leveraging it thereby keeping a more relatable and easy name for the audience," Soundarya earlier told news agency IANS.

VIP 2 is Kajol's second Tamil film in two decades. She debuted in the Tamil industry with 1997's Minsara Kanavu.

"Have You Gone Mad?": What Preity Zinta Was Told For Playing Pregnant Teen