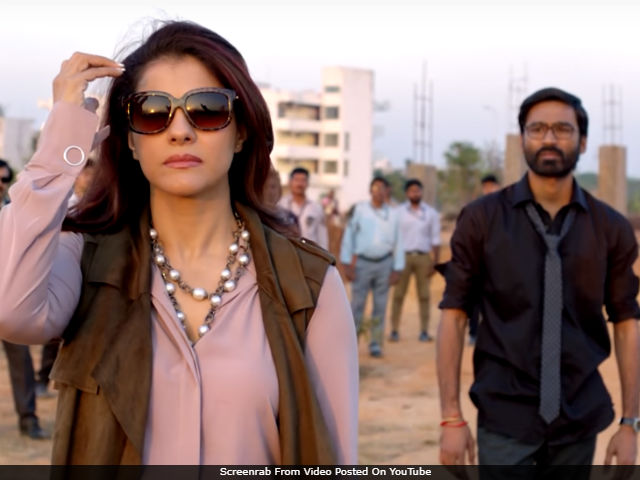 New Delhi: The Hindi trailer of Dhanush and Kajol's Velaiilla Pattadhari 2 (VIP 2) was unveiled by the makers of the film today. Titled Lalkar, the trailer gives us a glimpse of the interesting face-off between Raghuvaran (Dhanush), an engineering graduate, and Vasundhara (Kajol), a villainous businesswoman, who challenges him to make his own identity. A confident Raghuvaran takes up the challenges and tells her, "Meri ek alag pehchaan hai - VIP." VIP 2 is expected to release next month. It is Dhanush and Kajol's first film together. VIP 2 is directed by Soundarya, Rajinikanth's younger daughter and Dhanush's sister-in-law.

Watch the trailer of Lalkar (VIP 2 in Tamil).

Promoted
Listen to the latest songs, only on JioSaavn.com
The film was earlier scheduled to release on July 28, Dhanush's birthday. However, last week, Soundarya tweeted that the film's release date has been postponed due to 'inevitable reasons.'

VIP 2 is a sequel to Velraj-directed 2014 film Velaiilla Pattadhari. Amala Paul, Vivek, Samuthirakani and Saranya Ponvannan will also reprise their roles in the second part.