Just a few days ahead of the previous release date, Soundarya announced the film has been postponed to the first half of August in a tweet along with an apology of sorts 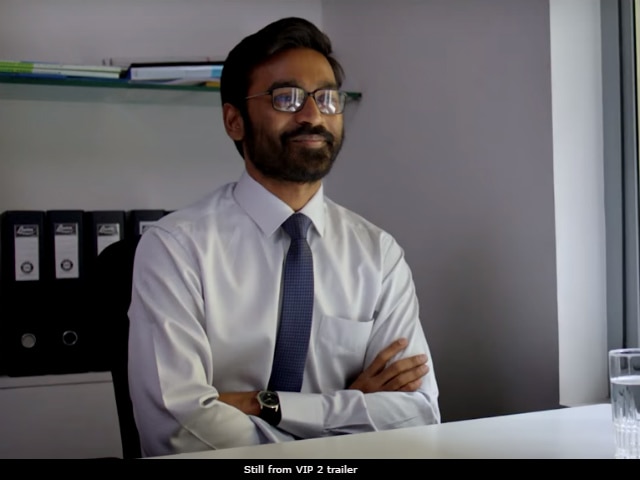 New Delhi: VIPs Kajol and Dhanush are all set to take over theatres on August 11. Yes, that's the release date VIP 2 makers have zeroed in, Dhanush tweeted along with a new teaser of the film on Tuesday evening. The South star had earlier asked fans and followers to be patient with the film's team, promising to announce the release date on Tuesday. VIP 2 was previously expected to hit screens on Dhanush's birthday - July 28 - but director Soundarya Rajinikanth had the film rescheduled citing "inevitable reasons." Just a few days ahead of the previous release date, Soundarya announced the film has been postponed to the first half of August in a tweet along with an apology of sorts.

Looks like Dhanush sure did keep his promise to fans:

This is what Soundarya had tweeted earlier: "I extend my regrets to inform all Dhanush sir fans and cinema lovers that VIP2's release is being pushed to the first half of August due to inevitable reasons. Thanks for all the patience and understanding. Will announce the confirmed release date very soon."

Promoted
Listen to the latest songs, only on JioSaavn.com
In June the trailer of VIP 2 released to send the Internet into some sort of a meltdown. The Tamil version garnered over five million views, prompting Dhanush to tweet: "Super thrilled with this response." VIP 2 releases in Hindi as Lalkar.


VIP 2 is actually a sequel to 2014's Velaiilla Pattadhari and will see Dhanush, Amala Paul, Vivek, Samuthirakani and Saranya Ponvannan reprise their roles from the first part. Kajol joins the cast as villainous businesswoman Vasundhara and makes her comeback to Tamil cinema after 20 years. She made her debut in Tamil cinema with 1997's Minsara Kanavu.