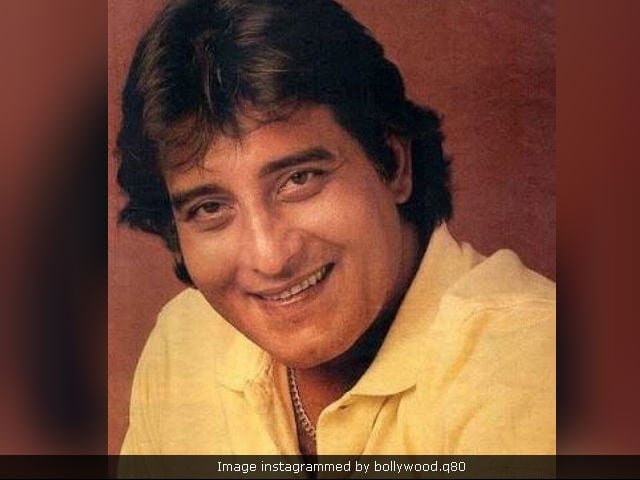 New Delhi: Veteran actor Vinod Khanna's latest picture from the hospital which went viral has shocked many people. Bollywood actor Irrfan Khan echoed the sentiments and told news agency IANS: "I am very upset to know that Vinod Khannaji is not well. I wish him a speedy recovery. Today, when I saw his picture, I was so shocked. I was very shocked to see his latest picture." The 70-year-old actor, who was last seen in Dilwale with Shah Rukh khan and Kajol, was admitted to a hospital in Girgaon, Mumbai, on Friday due to severe dehydration. On Thursday, a picture of him from the hospital, in which he looked extremely weak, circulated on social media and the Internet requested everyone 'not to share the picture.'

"For me, he and Dharmendra sahib are the most handsome actors of Hindi film industry. If I can help in any way, I will do that, I am ready to donate my organ if needed. I want to pray to almightily so that he can get well soon," Irrfan added. He was speacking at an event to lauch the trailer of his upocming film hindi Medium.

I'm so disturbed why people circulating ill Vinod Khanna pic from hospital. You should pray and give privacy. Please

Why the hell are people sharing Vinod Khanna's hospital pics ,he is suffering & the least u can do is show some empathy .

Meanwhile, a source from the hospital told Mid-Day that Vinod Khanna "responded positively to the treatment" and is recuperating. "Vinod Khanna was admitted to Sir HN Reliance Foundation hospital on Friday with severe dehydration. He is under the care of our doctors and has responded positively to the treatment and is now stable. His family thanks his well-wishers for the good wishes and requests to respect their privacy," the source said.

Promoted
Listen to the latest songs, only on JioSaavn.com
Vinod Khanna's body of work include films like Amar Akbar Anthony, Hera Pheri, Dayavan, Qurbani and Haath Ki Safai. Vinod Khanna was married to Geetanjali from 1971-1985 and together they have two sons Akshaye and Rahul (both are actors). Vinod Khanna and Kavita Daftary (his second wife) are parents to son, Saakshi and daughter, Shraddha.