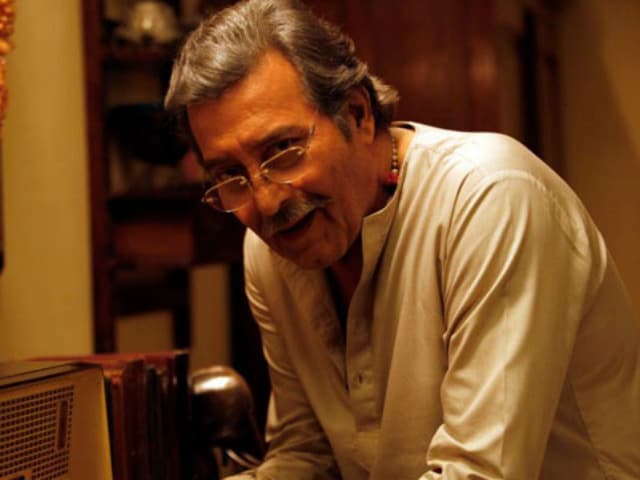 Vinod Khanna in a still from Dabangg

New Delhi: Actor Vinod Khanna is better and responding positively to treatment, say hospital authorities in a health update about the 70-year-old actor, reported news agency ANI. "Actor Vinod Khanna's health is better now, improving," say hospital authorities, as reported by ANI. Vinod Khanna was admitted to a hospital in Mumbai's Girgaon on March 31 for severe dehydration but several reports did the rounds on the Internet saying that he is actually suffering from cancer of the bladder. Earlier, a photo of the actor, looking frail from the hospital went viral, which will not be reproduced here. Soon, there was an outrage of sorts on Twitter with fans and followers reacting angrily about encroaching the actor's private space. Twitteratis also pleaded netizens to stop sharing the picture.

Meanwhile, Vinod Khanna is improving, as mentioned in the the hospital's medical bulletin.

The news of Vinod Khanna's hospitalisation has truly shocked many, and among them is actor Irrfan Khan, who also seems to have seen the viral picture. In a statement to news agency IANS, he volunteered for organ donation if needed. "For me, he and Dharmendra sahib are the most handsome actors of Hindi film industry. If I can help in any way, I will do that, I am ready to donate my organ if needed. I want to pray to almightily so that he can get well soon," Irrfan said.

Promoted
Listen to the latest songs, only on JioSaavn.com
The news of Vinod Khanna's hospitalisation was confirmed by his son Rahul, who also told news agency PTI that the actor had started recovering: "Dad was hospitalised on Friday for severe dehydration. The situation was quickly brought under control, he's doing much better and is recovering well. The doctors are looking to discharge him soon. Our family is most grateful for the extraordinary care he's been receiving at the hospital and we are touched by all the good wishes pouring in," said Rahul.

Vinod Khanna is best known for films like Amar Akbar Anthony, Mere Apne, Hera Pheri and Dayavan and Haath Ki Safai, and has also starred in Salman Khan's Dabangg. Vinod Khanna joined the BJP in 1997 and is currently the MP from Gurdaspur, Punjab.