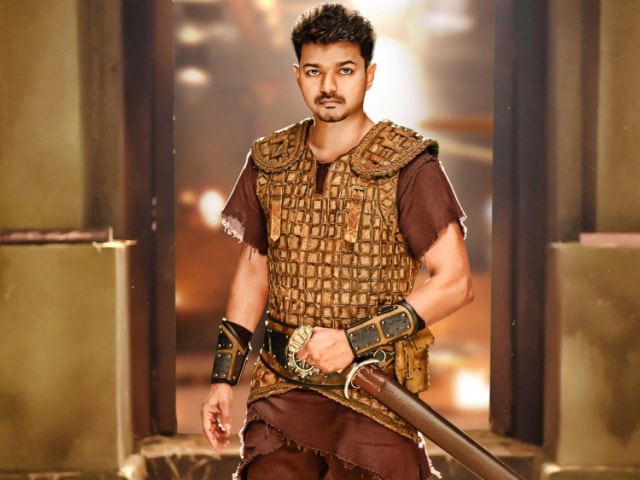 Chennai: Superstar Vijay watched his forthcoming Tamil project Puli with family and close friends at a private screening in Chennai.

"He watched the film at NFDC's (National Film Development Corporation) preview theatre. His children and wife loved the film and Vijay hopes that his fans will like it too," a source from the theatre told IANS.

Directed by Chimbu Deven, Puli, a big-budget fantasy drama releases in cinemas on September 1 in both Telugu and Hindi.

On Monday, Vijay offered his prayers for the success of Puli at Srivilliputhur Arulmigu Andal temple in Chennai.