Vidya Balan: There Are Not Many Films On Women And Partition 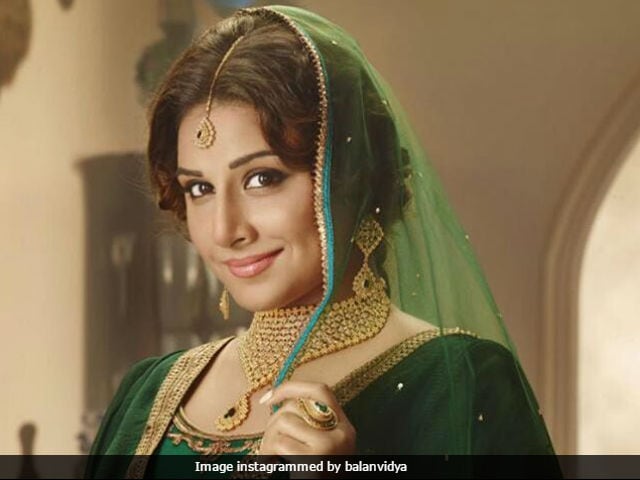 New Delhi: Vidya Balan is currently busy promoting her upcoming film Begum Jaan, directed by Srijit Mukherji. The 38-year-old actress will be seen portraying the title role of a brothel madam in Punjab during the Partition of 1947. The film is a remake of the remake of the Bengali film Rajkahini. Speaking about the movie, the Ishqiya actress told news agency PTI: "I don't think beyond textbooks we know anything more about Partition. There are not many films on Partition and not on women especially as in what happened to them. So it's an interesting story to tell." Begum Jaan, co-produced by Mukesh and Vishesh Bhatt, is scheduled for release on April 14.

Vidya Balan, who has done women-centric films such as - The Dirty Picture, Kahaani and No One Killed Jessica said that playing the role of Begum Jaan was difficult for her. She told PTI: "I am the madam of a brothel and the film is set in the Partition times and we are at the risk of losing our house, our space so there is lot of emotional, mental and sexual violence and not physical violence. It was difficult to do the film as I am doing it for the first time."

She added: "People will think about how they think of women and prostitutes. Lot of things that I have felt strongly about have found voice in this film. I don't know about that as it would be presumptuous of me to hope for such a big change."

Begum Jaan also features Naseeruddin Shah, Gauahar Khan, Ila Arun and Chunky Pandey in pivotal roles. The trailer of the film will be released on March 14.

On the occasion of Women's Day, Vidya Balan shared the second poster of her upcoming film introducing her 'family' to everyone. The Kismat Konnection actress told PTI that she is overwhelmed by the response the two posters of the film have received. "Everyone is aware about the film so it feels good, people are talking about it and have liked the look. So, it's a positive thing for us as there is curiosity about the film," she said.

Promoted
Listen to the latest songs, only on JioSaavn.com
Vidya Balan was last seen in 2016 movie Kahaani 2: Durga Rani Singh along with Arjun Rampal. She will next feature in Tumhari Sulu in which she will portray the role of a radio jockey.