Vidya Balan Says Begum Jaan's Script Made Her Do The Film 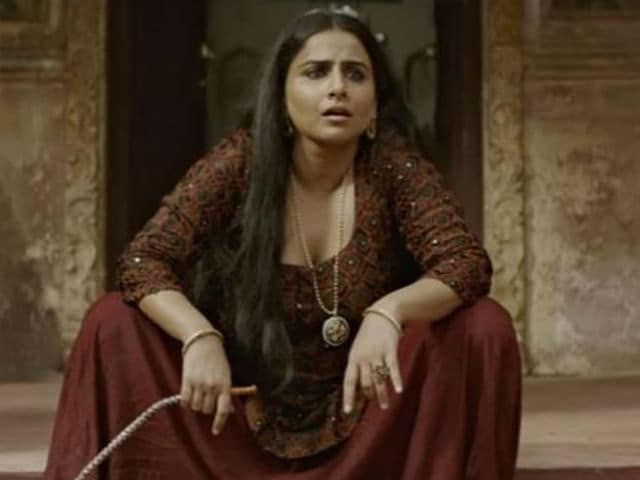 New Delhi: Actress Vidya Balan, who is awaiting the release of her next film Begum Jaan said that the film's script made her do the film, reports Times Of India. The 38-year-old actress plays the role of a brothel 'madam' in the Srijit Mukherji directed film, set against the backdrop of 1947 Partition, shifting the scene of action from Bengal to Punjab. "I think it's the script that prepares me. It had it all. Srijit's writing and Kausar Munir's dialogues really did half the job. I spent a lot of time with Srijit trying to understand 'Begum Jaan'. Where she came from. I think through all my chats that preparation happened," Vidya told TOI. Begum Jaan is the Hindi adaptation of 2015 Bengali film Rajkahini.

Of her film's choices, Vidya told TOI, "I never ever think if this is the right film to do. I always think whether I want to do this film as an audience. Whether I would want to watch this film. As an actor whether I want to do the film. Do I want to play this role? If those criteria are fulfilled then I go ahead and give my best. I don't think it as a pressure."


During the trailer launch of Begum Jaan, director Srijit Mukherji revealed that Vidya used to ask many questions related to the memories of Begum Jaan and said that before the team started shooting for the film, two workshops were organised for the cast. "After the workshop when Vidya entered the set, I saw Begum Jaan who is a fierce, manipulative no-nonsense kind of woman, walking in. There was no trace of Vidya Balan," Mr Mukherji told news agency IANS.

Of her role as a brothel 'madam,' Vidya said told news agency PTI, "I am the madam of a brothel and the film is set in the Partition times and we are at the risk of losing our house, our space so there is lot of emotional, mental and sexual violence and not physical violence. It was difficult to do the film as I am doing it for the first time."

Promoted
Listen to the latest songs, only on JioSaavn.com
Begum Jaan is scheduled to release on April 14.