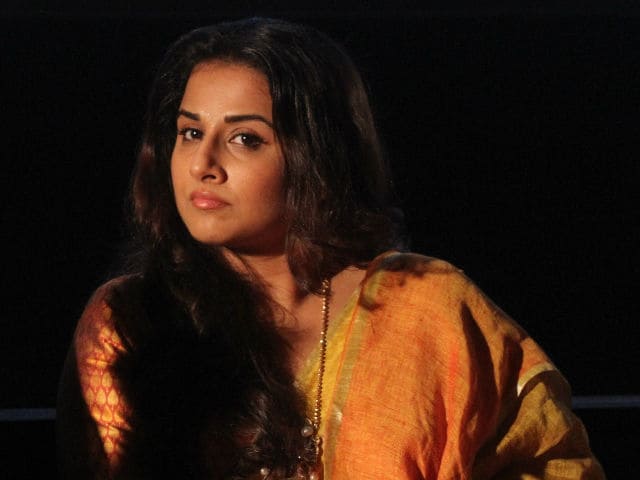 Mumbai: Move over Priyanka Chopra, actress Vidya Balan could be next with a Hollywood career as a Bond woman. Yes, Bond woman, not girl.

That is if noted director Ava DuVernay has her way. Vidya and Ava, best known for her Oscar-nominated film Selma, were both part of a panel discussion on Women in Film at the ongoing MAMI Mumbai Film Festival.

When asked which Hollywood franchise she would like to direct in the future, Ava said, "I wouldn't say no to a Bond film, directing Idris Elba." Not only will this gladden the hearts of those fans clamouring to see Luther star Idris Elba cast as the first black Bond, it seemed that Ava had literally stolen the words out of Vidya's mouth. She then added, "Vidya, you will play my Bond woman." (Also Read: Vidya Balan Not Aware of Replacing Aishwarya Rai in Durga Rani Singh)

It was the boost of confidence, we daresay, that Vidya needed. The actress confessed that her issues with weight are still a sensitive point. In fact, recently a producer remarked on the weight she has put on.

Vidya and Ava both agreed that the comment was out of order and actress Kangana Ranaut, also on the panel, felt Vidya had forgotten the many compliments she received after making The Dirty Picture, for precisely her "full-figured Indian beauty."

"You are our icon of Indian beauty," Kangana said and urged Vidya to have a more so-called "empowered approach" to comments about her weight.

However, Ava insisted that those kind of comments should be "checked" as well as not be taken to heart.