Vidya Balan As Indira Gandhi, In Web Series Or A Film?

"I haven't decided yet whether it should be a film or a web series, but that will take a while anyway," said Vidya Balan 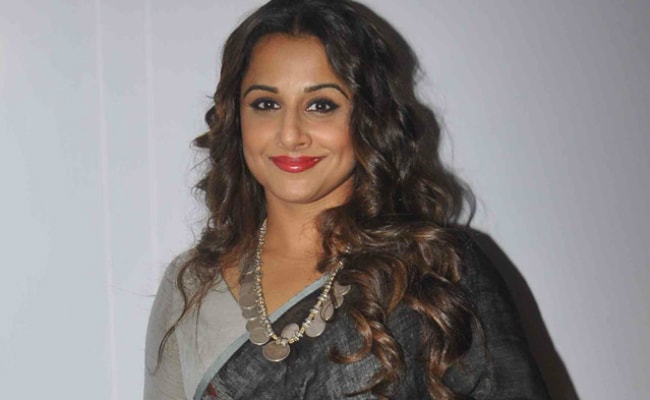 New Delhi: Tumhari Sulu done, Vidya Balan will now be busy with her new project, the rights of which she just acquired. The National Award-winning actress recently got the rights for Sagarika Ghose's book titled Indira - India'S Most Powerful Prime Minister and is thrilled about portraying the former prime minister. However, whether it will be a full-fledged movie or a wed series is not decided yet. Vidya made the big announcement with a statement on Tuesday, saying: "I am happy to have acquired the rights to Sagarika Ghose's Indira - India's Most Powerful Prime Minister, because I have always wanted to play Indira Gandhi. I haven't decided yet whether it should be a film or a web series, but that will take a while anyway," reported IANS.

The author also wrote about her collaboration with the actress and Roy Kapur Productions, which is owned by Vidya's husband Siddharth Roy Kapur. "Elated to announce that I just signed the contract for the movie rights of my book, Indira - India's Most Powerful Prime Minister with Vidya Balan and Roy Kapur Productions. Most excited to see "Indira" on screen," Ms Ghose wrote on her Facebook page.

Promoted
Listen to the latest songs, only on JioSaavn.com
On Twitter, congratulations poured in for both Vidya Balan and Sagarika Ghose for the collaboration. Replying to a tweet, the author even suggested that with Vidya portraying the role of Indira Gandhi, Akshaye Khanna would be best suited to play Feroze Gandhi.

You know not only is @vidya_balan a superb Indira, I've always thought @AkshayeOfficial looked a bit like Feroze Gandhi! https://t.co/S9Qyg0yoBY

Last seen in Tumhari Sulu, Vidya Balan has an impressive line-up of films on her resume. 2005's Parineeta marked her Bollywood debut and Lage Raho Munna Bhai, Bhool Bhulaiyaa, No One Killed Jessica and Kahaani are some of her best reviewed works. Vidya Balan also won the National Award for Best Actress for playing Silk Smitha in 2011's The Dirty Picture.
(With IANS inputs)
Comments
vidya balanindira gandhi