In the video, Swami Om can be seen sitting beside a topless woman on bed and teaching yoga Mumbai: Days after a video of former Bigg Boss 10 contestant Swami Om getting a lap dance went viral, yet another clip of the self-proclaimed godman teaching yoga to a topless woman has surfaced on the internet.

In the video, Swami Om can be seen sitting beside a topless woman on bed and teaching yoga. The clip has gone viral on social media.

Swami Om is not new to controversies. He had earlier locked horns with Bollywood superstar and Bigg Boss host Salman Khan. Swami Om had threatened to break Salman Khan's bones in the show's finale. 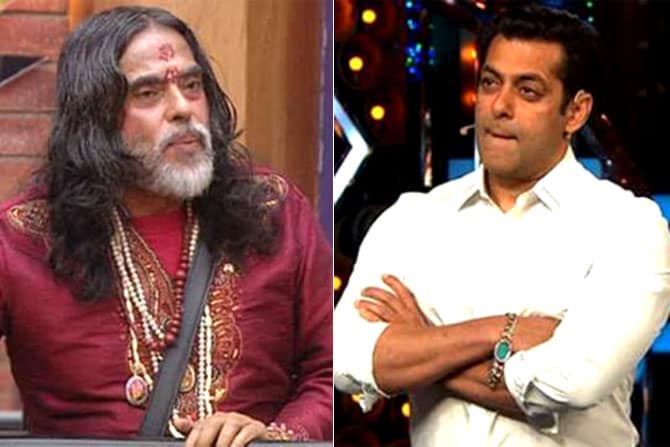 Swami Om had also made shocking allegations against Salman Khan. Swami Om claimed Salman Khan has AIDS, that he got married in London and has a daughter too!

Promoted
Listen to the latest songs, only on JioSaavn.com
While on Bigg Boss 10, Swami Om was given several warnings to clean up his act. However, his words and acts hit a new low each time. While once he urinated in the kitchen, he also threw piss over his fellow contestants. He later claimed it was 'only water'.

Even after his stint in Bigg Boss house, Swami Om has been making headlines for all the wrong reasons.