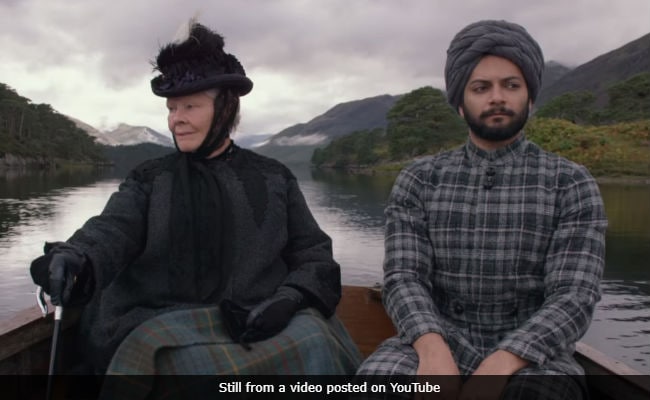 New Delhi: Victoria and Abdul, Bollywood actor Ali Fazal's first Hollywood film, is all set to open in theatres tomorrow. Victoria and Abdul stars Judi Dench as Queen Victoria and Ali Fazal in the role of Abdul Karim, the Queen's Indian attendant, who soon rose the positon of 'Munshi.' The Stephen Frears-directed film talked about the alleged relationship between Queen Victoria and Abdul, who apparently tutored the Queen in Urdu, Koran and Indian poetry, reports news agency AFP. The Queen's fondness for Abdul was ostracized by the Royal family and soon after her death Abdul was dismissed from the royal palace and deported to India, where he spent the remainder of his life in the estate arranged for him by Queen Victoria prior to her death.

Watch the trailer of Victoria And Abdul:

Ali Fazal, who earlier featured in a cameo role in Hollywood film Furious 7, told AFP that to get a grasp of Abdul's experience he had delved into various history books. "That time was so different and so essential to this fantastical little world that these two created at the middle of this massive British Empire. The important thing was that we more or less humanised that era where there was protocol, there was racism and everything that we are still dealing with now," he said.

In 1997, Judi Dench played the role of Queen Victoria in John Madden's Mrs Brown, which depicted her relationship with her Scottish gamekeeper named John Brown. Victoria And Abdul is said to be an unofficial sequel to Mrs Brown. Queen Victoria relationship with Abdul reportedly intensified four years after the death of John Brown. "It is very, very complex her attitude to Abdul: not just a feeling of love, but the delight of being relaxed with someone without anyone around or any standing on ceremony," Judi Dench told AFP.

Promoted
Listen to the latest songs, only on JioSaavn.com
Victoria And Abdul's first international platform was the Venice Film Festival The film is based on Shrabani Basu's book Victoria & Abdul: The True Story of the Queen's Closest Confidant.