Vicky Kaushal Is Back At Work. See His Latest Post 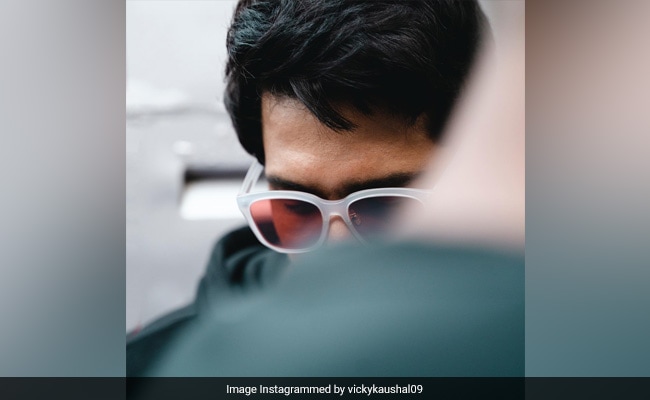 Vicky Kaushal is busy with work commitments these days. After Meghana Gulzar's Sam Bahadur, the actor has started prepping for his next film. He even shared an update on his work-in-progress movie with his fans on Tuesday. Vicky Kaushal posted a photo of himself in which only his partial face is visible. He is seen wearing a pair of red shades with white frames. Without revealing the name of the film in the caption, Vicky Kaushal wrote, “On your mark. Get set. Go...!! (a dancing man, a fire and fingers crossed icon).” However, it seems the photo is from the sets of Shashank Khaitan's Govinda Naam Mera. The director reacted to Vicky Kaushal's post and commented, “Go go go…” with a couple of biceps, fingers crossed and hug emojis. The filmmaker's comment left fans thrilled. One of them replied to his comment, “Announce the (release) date of Govinda Naam Mera soon, please. Can't wait.”

Vicky Kaushal's Govinda Naam Mera was announced in November last year. He will play the role of a fun-loving man named Govinda Waghmare. The film will also star Kiara Advani and Bhumi Pednekar in the lead roles.

Back then, Vicky Kaushal shared his first look poster and revealed the film's release date, which has not been changed. The caption read, “Tevar hai jhakaas, dance hai first class, par life? Life hai ekdum chaos (attitude is mind-blowing, dance is first class but life? Life is total chaos)! Meet me – Govinda Naam Mera, only in cinemas on June 10, 2022.” He also teased his fans about his co-stars in the post. The actor wrote, “Arrey rukiye, meet my partners in crime! Stay tuned!”

Within a few hours, Vicky Kaushal then introduced us to Govinda's wife (played by Bhumi Pednekar) and his girlfriend (Kiara Advani).

Vicky Kaushal and Kiara Advani have previously co-starred in the 2018 anthology titled Lust Stories. He worked with Bhumi Pednekar in Bhoot – Part One: The Haunted Ship.

The new release date of Govinda Naam Mera has not been announced yet.