Venkatesh Daggubati's throwback photo was also re-shared by Samantha Ruth Prabhu on her Instagram story with these words: "Love this!" 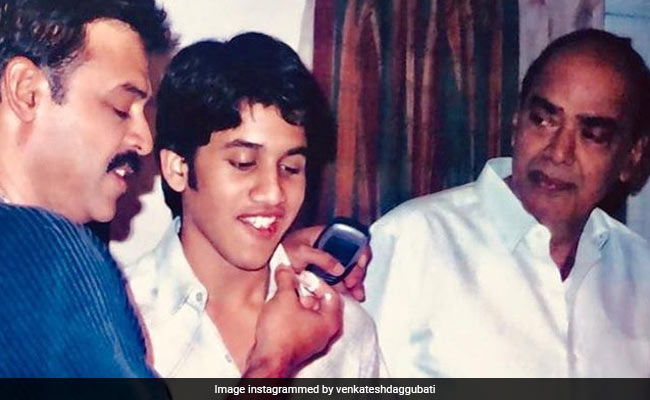 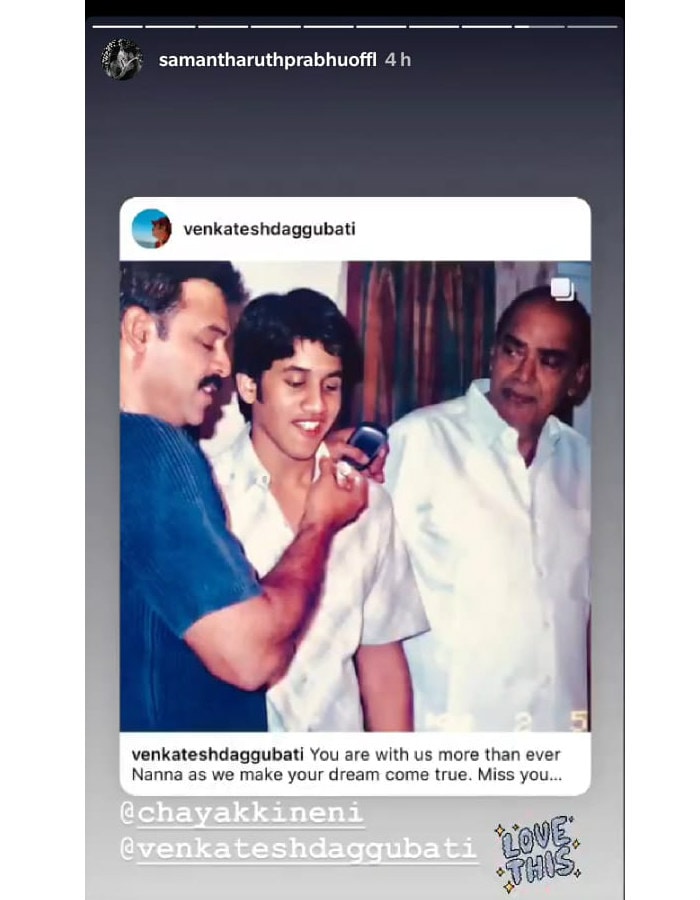 Here's how Venkatesh Daggubati remembered his father in his touching post: "You are with us more than ever Nanna as we make your dream come true. Miss you more than ever too. Happy Birthday!" He also attached a poster of his upcoming film Venky Mama, in which Venkatesh co-stars with nephew Naga Chaitanya for the first time. The poster also comes with a quote dedicated to Daggubati Ramanaidu by Suresh Babu, who is producing the movie: "It's always been your dream to see your son and grandson on screen together. At this moment, when it's a reality, we miss you more than ever."

Wishing you a lifetime of love and happiness!! @infinityplatter #AshVinz

Twinning with my MIL .. walked out in the same outfit on the same day (no planning involved)... all the approval I need @chayakkineni men search for women similar to their mothers ... suddenly this seems right @payalkhandwala

A post shared by Samantha Akkineni (@samantharuthprabhuoffl) on Mar 26, 2019 at 1:51am PDT

Wedding chilling .. with the Mrs

Directed by KS Ravindra, Venky Mama is a much-awaited Telugu project but no release date has been announced yet.