Veere Di Wedding song Tareefan: Kareena Kapoor and Sonam Kapoor, we couldn't have asked for a more stylish song that this 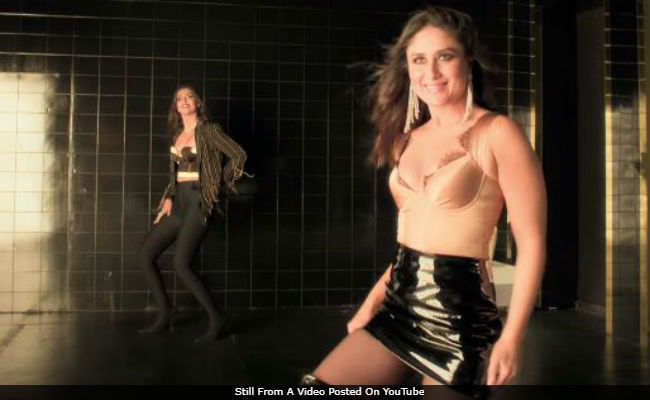 New Delhi: Kareena Kapoor and Sonam Kapoor, we couldn't have asked for a more stylish song that this. (Trust us). "Oh, boy!" this was our first reaction after watching the just the first few seconds of Veere Di Wedding first song Tareefan. The song has been sung by Badshah and has the Veeres Sonam, Kareena, Swara Bhasker and Shikha Talsania lip-synching to his voice. The OTT outfits, club mood and the song will set your party mood right away. In Tareefan, the four actresses try to break the stereotype women are often associated with. They dance their heart out, pay their own bills (yes, women do that) and drive around the clubs.

Tareefan has been composed and written by Qaran and has been choreographed by Farah Khan. A few weeks ago, stills of Kareena and Sonam from the shoot had sent the Internet into a meltdown.

Got the Tareefan groove yet? (Thank God it isn't the typical shaadi ka gaana).

Veere Di Wedding is a story of four girlfriends (Kareena Kapoor, Sonam Kapoor, Swara Bhasker and Shikha Talsania) who stand by each other all the time. But the four Veeres have several complications in their otherwise happening life.

Watch the trailer to know more about them.