Kareena Kapoor manages to maintain work-life balance like a pro 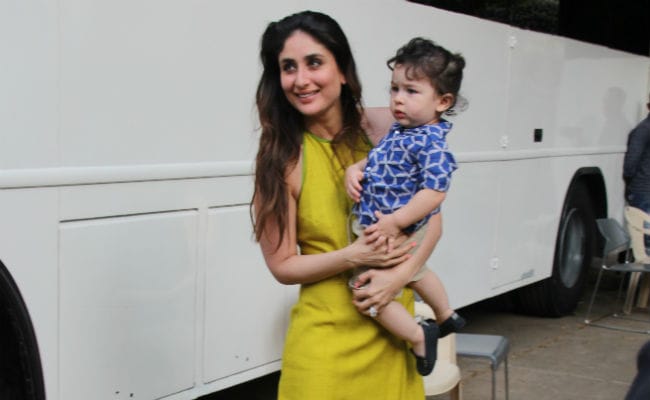 Kareena Kapoor and Taimur at a studio in Mumbai.

New Delhi: Kareena Kapoor is busy with promotion duty of Veere Di Wedding and she has her husband Saif Ali Khan and son taimur's 100 per cent support. After several appearances with her Veeres, Kareena was photographed with her son Taimur in Mehboob Studio in Bandra. It seems the little nawab waited for her mom to complete her work for the day in the studios. Kareena, looking fabulous as always, posed with Taimur outside a vanity bus in the studio premise. In other pictures, Kareena was spotted with Saif Ali Khan, who also appears to have dropped in to meet his wife at the Mehboob studios. In the first set of photos, Kareena can be seen dressed in a yellow-green- long tunic while in pictures with Saif (who wore a white kurta pyjama set), Kareena is wearing denims separates.

Here are photos of Kareena striking work-life balance like a pro: It's bring your kid to work day for Kareena Kapoor 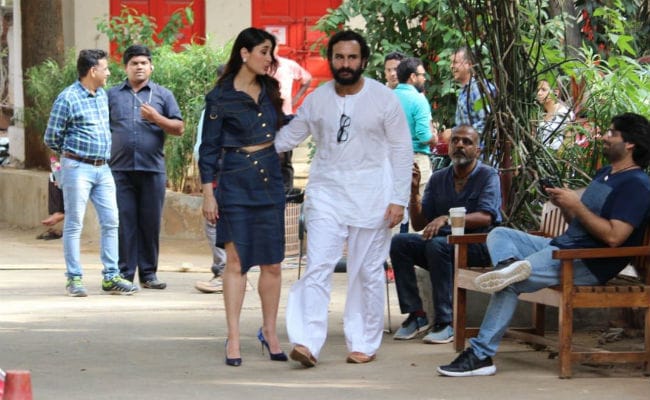 Kareena and Saif in Mehboob Studios

Kareena Kapoor has often talked about the support she received from her family and Team Veere Di Wedding during her pregnancy and her return to the film's sets. Kareena credits Saif Ali Khan for talking her into continuing working after her pregnancy and she appreciates producer Rhea Kapoor to wait for her to return instead of recasting. The filmmakers delayed by a year to retain Kareena Kapoor.

At an event to launch the music of Veere Di Wedding, Kareena told reporters that she believes in equality and added: "I am also as proud to be known as Saif Ali Khan's wife, as I am to be Kareena Kapoor," reports news agency IANS.

Promoted
Listen to the latest songs, only on JioSaavn.com
Kareena told mid-day that Rhea and director Shashaka Ghosh reworked the script to incorporate Kareena's pregnancy but dropped the idea due to lack of "maternity insurance" for actresses in India. She said team Veere Di Wedding was extremely supportive after she gave birth to Taimur. "This team supported a new mother so well. If I had a night shoot, they didn't call me for the next 12 hours so that I could be with my son. And in case of a morning schedule, they'd let me off early," she said. 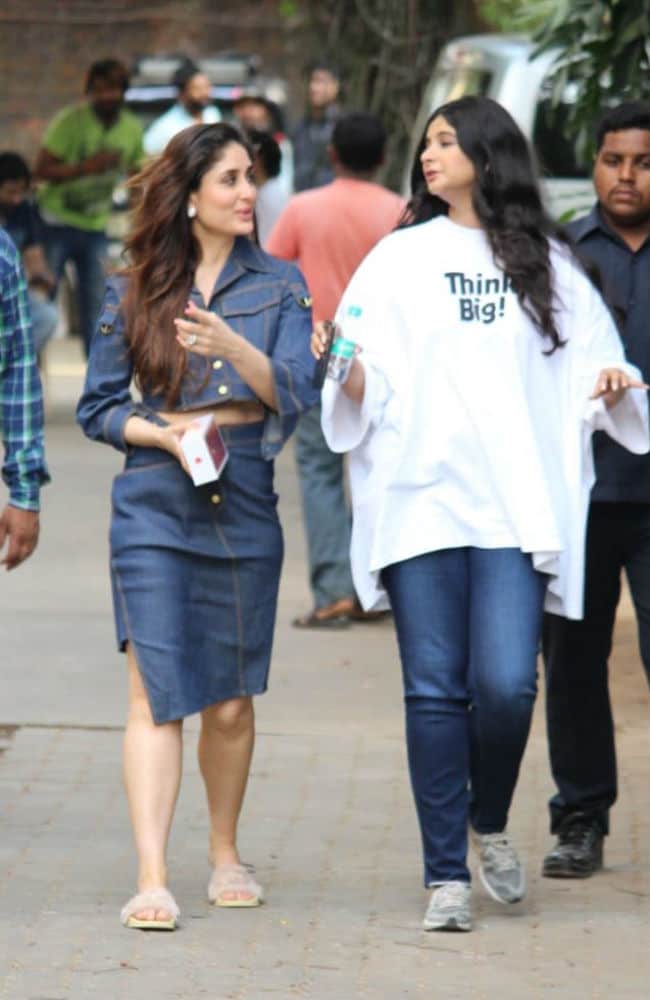