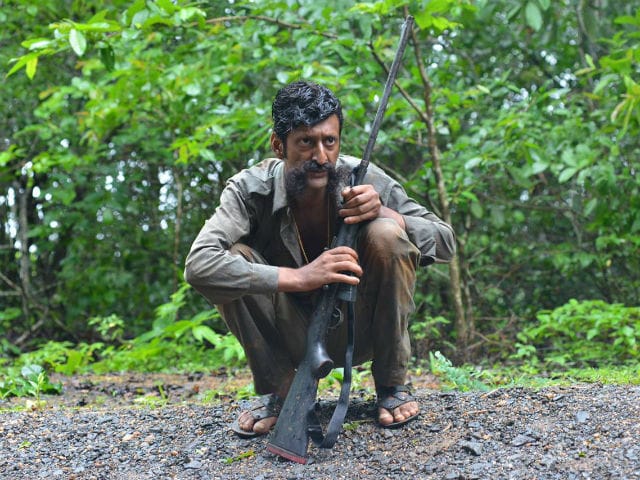 A still from Veerappan

Mumbai: Filmmaker Ram Gopal Varma, who is currently gearing up for the release of his upcoming film Veerappan, said that it doesn't glorify criminals.

Veerappan is based on the dreaded sandalwood smuggler Koose Muniswamy Veerappan. It features how a man-hunt was initiated to kill him.

Veerappan stars Sandeep Bharadwaj, Sachiin Joshi, Usha Jadhav and Lisa Ray and will release on May 27.