October is directed by Shoojit Sircar 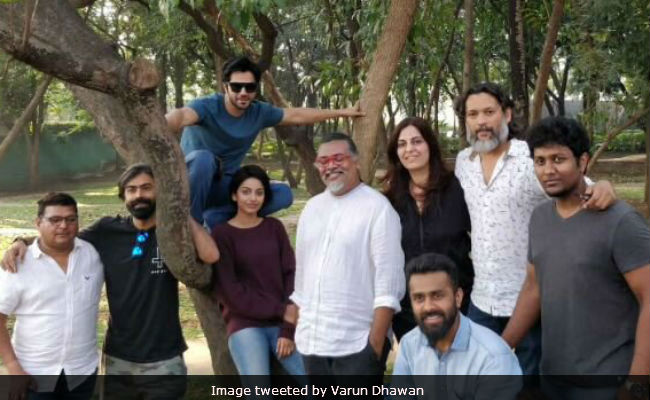 New Delhi: Varun Dhawan's much-awaited film October will release in April. On Tuesday, Varun posted a teaser of the film, which is also a reminder that October will hit the screens on April 13. The Humpty Sharma Ki Dulhania actor shared a teaser which features a calendar, in which October comes immediately after March. Varun delighted his fans with the short video, which also features Banita Sandhu (the lead actress of October). In the video, we also hear Varun Dhawan's voice: "This year, October is coming in April". "This year #October is coming April and will stay with you forever #October13thApril #octoberinapril," wrote Varun Dhawan.

This year #October is coming April and will stay with you forever #October13thApril#octoberinaprilpic.twitter.com/eyMxHrR6Je

Recently, Varun also posted a beautiful picture from the sets of October and wrote that he hopes what he has gone through in the film comes alive for everyone soon.

First time shot a film poster in complete natural light just surrounded my nature and realness. Hope what i have gone through in this film comes alive for everyone soon. #October13thAprilpic.twitter.com/rlCs9TzrIU

Varun shared the first look poster of the film in October, last year.

October is Varun's first venture with Shoojit Sircar and also model Banita Sandhu, who makes her Bollywood debut with the film.

This is how Varun had introduced his 'October girl' in November:

Promoted
Listen to the latest songs, only on JioSaavn.com
Talking about his first venture with Shoojit Sircar (director of Madras Café), Varun had told NDTV: "I have been an ardent fan of Shoojit da's work and have always wanted to work with him." When asked about how different his character is from the other roles he's featured in so far, he said: "October is a beautiful story in which I play a character with many layers. It's a difficult character to play. I just want to surrender to my part and show people a new side of me. Shoojit da, Ronnie (Lahiri) and Juhi have always made good cinema I feel I feel grateful to join their team."

Last year, Varun Dhawan starred in one of the blockbuster movies - he played dual roles in Judwaa 2. Varun Dhawan also has Sui Dhaaga: Made In India, his first movie with Anushka Sharma in the pipeline.
Comments
varun dhawan octobervarun dhawan shoojit sircaroctober in april