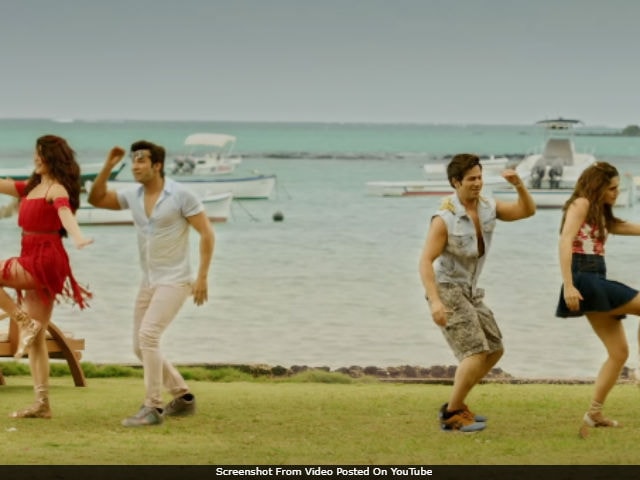 New Delhi: Remember Salman Khan, Karisma Kapoor and Rambha in Judwaa's hit song Duniya Mein Aaye Ho Toh? Aa Toh Sahi, from Varun Dhawan's Judwaa 2, is same same but different. The song seems to be on the lines of Duniya Mein Aaye Ho Toh just that the characters have been replaced. Jacqueline Fernandez and Taapsee Pannu have taken over the roles and like Judwaa's song, in Aa Toh Sahi, they don't know that their respective boyfriends have a judwaa bhai. As the song plays, we see Varun dancing with Jacqueline and Taapsee on the beaches of Mauritius but they have no clue that their partners are romancing someone else. However, in the end, Raja and Prem are able to escape the situation without revealing their identities (like Salman does in Duniya Mein Aaye Ho Toh).

Watch Aa Toh Sahi here. (It is composed by Meet Bros as well as sung by them while Neha Kakkar has provided playback for the female leads).


The previous songs of Judwaa - Chalti Hai Kya 9 Se 12 and Oonchi Hai Building have been remixed for Varun's film.

Promoted
Listen to the latest songs, only on JioSaavn.com
Judwaa 2 is a remake of Salman Khan's 1997 blockbuster Judwaa and tracks the story of Raja and Prem, twin brothers, who get separated at the time of birth. Years later, they meet each other and fight against all odds. Both the films are directed by David Dhawan (Varun's father). Varun has stepped into the shoes of Salman while Jacqueline and Taapse reprise (sort of) the roles of Karisma Kapoor and Rambha.

Judwaa 2 is produced by Sajid Nadiadwala and releases on September 29.