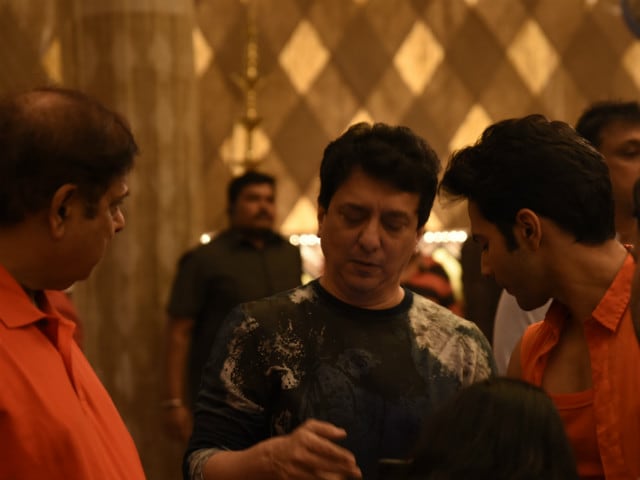 New Delhi: Actor Varun Dhawan kick-started Judwaa 2 with the film going on floors on Friday. It appears that Varun was waiting for the trailer release of his film with Alia Bhatt - Badrinath Ki Dulhaniya. As the name suggests, Judwaa 2 is obviously the remake of Salman Khan's 1997 comedy of the same name. Salman Khan's film was directed by Varun's father David Dhawan, who returns to helm the reprised version starring Varun. This is the second time Varun will work with his filmmaker father after 2014's comedy Main Tera Hero. Good news is, Salman Khan is also expected to do a cameo in the film. The 51-year-old actor will feature as 'godfather gunda' to the judwaa Varun brothers.

The original Judwaa starred Salman Khan as separated brothers Raja and Prem Malhotra opposite actresses Karisma Kapoor and Rambha. Varun Dhawan has been cast with actresses Jacqueline Fernandez and Taapsee Pannu in the sequel. In November last year, Varun tweeted saying: "It's official, Jacqueline Fernandez and Taapsee Pannu with the two of me (in) Judwaa 2."

Promoted
Listen to the latest songs, only on JioSaavn.com
Judwaa 2 has roped in the scenic beach-locales of the Mediterranean and will also have tapori-style dialogues. Judwaa 2 will also feature a reworked version of the popular song Tan Tan Taara from Judwaa. A source close to the film's unit told Mumbai Mirror : "It's a commercial film being planned on a grand scale with beach locations in the Mediterranean. The script is generously peppered with tapori slang and a remix of the chartbuster Tan Tana Tan Tan Tan Tara from the original is in the works. The icing on the cake is that a special appearance is being written for bhaijaan. Salman has already agreed to step in as a 'godfather-gunda' to Varun's twins."

Judwaa 2 is scheduled to hit screens on September 29.