No matter how annoyed Sonam Kapoor gets, she misses being teased by Varun Dhawan 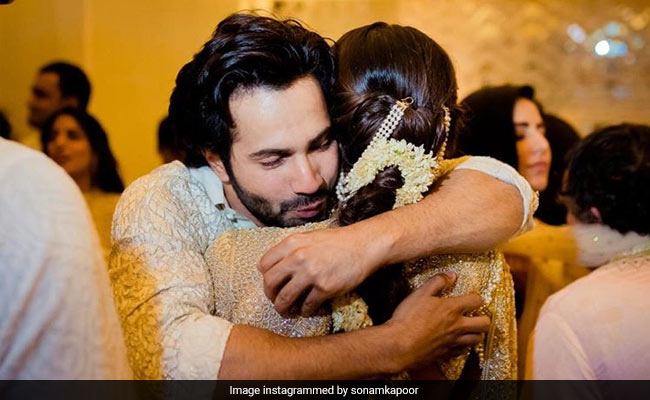 Varun Dhawan, who will be celebrating his 33rd birthday in quarantine, received lots of love in the form of social media wishes from his fans and colleagues. One such wish that has our heart, happens to be from Sonam Kapoor. The Aisha actress posted a lovely greeting for Varun on her Instagram profile. In the picture, Varun can be seen hugging Sonam, and it is a beautiful shot. Sonam wrote in her birthday wish: "Happy, happy birthday my dearest Varun. I know yours and Rohit's (Varun's brother) favourite past time is teasing me, and no matter how annoyed I get , I want you to know I miss it and love it.. All my love to you and have the best day ever."

Happy happy birthday my dearest @varundvn I know yours and Rohit's favourite past time is teasing me, and no matter how annoyed I get , I want you to know I miss it and love it.. all my love to you and have the best day ever.

Meanwhile, Varun's bestie Arjun Kapoor posted a throwback with the actor. The caption on his post read: "Bad (haircuts in this case). Boys for life. Happy birthday, Varun Dhawan, the content maker par excellence, the new rapper in town and the natkhat balak forever." Arjun and Varun made their Bollywood debuts in 2012, with Yash Raj Films' Ishaqzaade and Dharma Productions' Student Of The Year, respectively.

In terms of work, Street Dancer 3D, which also starred Shraddha Kapoor and Nora Fatehi, remains Varun Dhawan's last release. In 2019, the actor featured in the period drama Kalank. The actor has Coolie No 1, co-starring Sara Ali Khan, in the pipeline. The film will be directed by Varun's father David Dhawan.