Varun Dhawan dropped a bunch of new picture on Instagram 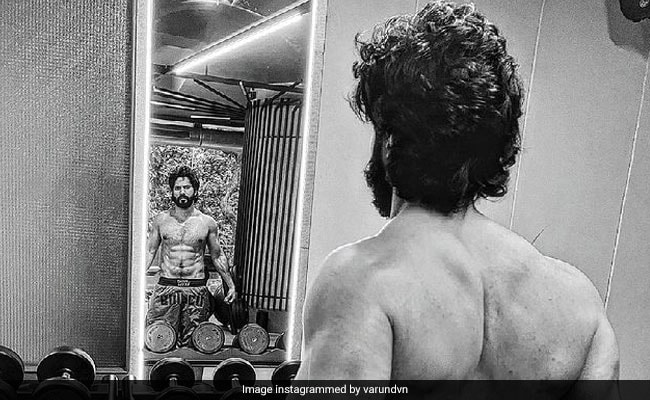 Actor Varun Dhawan, who had been shooting for his upcoming horror-comedy Bhediya for quite some time now, is all set to film some of the “last key scenes” of the movie. As he puts the final nail in the coffin, the actor dropped a bunch of new pictures on Instagram. The picture captures him in “long hair and beard,” which are the elements of his role in Bhediya. Varun Dhawan can be seen posing shirtless in the picture, giving us a glimpse of his perfectly ripped physique. In the caption of the post, Varun wrote that since the film is coming to a close, “it's time to say goodbye” to the look that he adapted for his role in Bhediya.

“Last day. Filming our last key scenes on #BHEDIYA in the next 24 hrs. Since we are not allowed to put out any stills from the film this was the last time I starred in the mirror and kinda had to say it's time to say goodbye to my long hair, beard and the changes my director Amar Kaushik, has made me make for this character,” he wrote. “Although something tells me this is not the end but a new beginning,” Varun Dhawan added.

The 34-year-old actor's post received scores of comments from his fans and fellow celebrities. Among others, actor Anil Kapoor commented on the post and wrote: “terrific.”

Here are some pictures from Varun's stay in Arunachal Pradesh:

Directed by Amar Kaushik, Bhediya also stars Kriti Sanon in the lead role opposite Varun Dhawan. It is scheduled to release next year.