Varun Dhawan Busts A Coolie No 1 London-Mumbai Rumour: 'Thanks For The Humour' 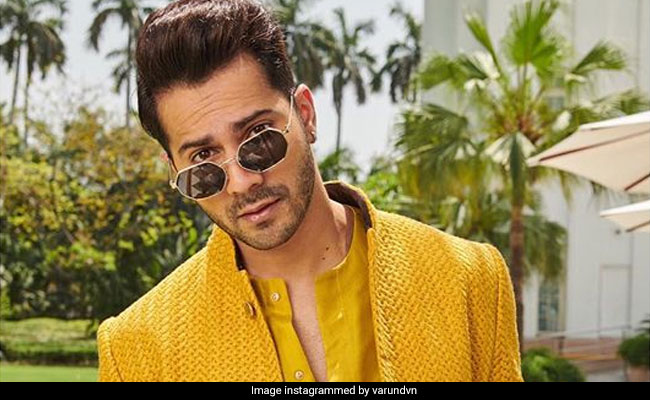 Actor Varun Dhawan dismissed reports that a huge set has been built in London to recreate Mumbai's Chhatrapati Shivaji Terminus station for his new film - the Coolie No 1 remake. Attaching a Times Of India report, which has now been removed, the 32-year-old actor tweeted: "Not true but this actually made me laugh. Thank you for the humour." Varun Dhawan's tweet arrived after several publications, amongst them Pinkvilla, reported that the makers are recreating the Mumbai terminus in London as the idea of shooting at the actual location turned out to be a difficult affair because of security reasons. Varun Dhawan co-stars with Sara Ali Khan in the remake of the very popular 1995 film.

Not true but this actually made me laugh thank u for the humour https://t.co/yKIII1jhNF

Pinkvilla cited a source as saying: "Varun plays a coolie in the film and a huge set has been built near London. The entire VT station has been recreated there. The makers are not keeping any stone unturned to make the set look as real as possible. Although they could have shot at Mumbai's VT too, it is difficult given the security concerns."

Currently, both Varun Dhawan and Sara Ali Khan are wrapping their prior work commitments - he is busy with Street Dancer 3D while Sara has a busy schedule for the sequel of Love Aaj Kal. The Coolie No 1 remake is scheduled to go on floors in August with Bangkok as the first shooting location. The film will also be shot in Goa.

The Coolie No 1 remake will be directed by Varun Dhawan's father David Dhawan, who helmed the original film, starring Govinda, Karisma Kapoor and Kader Khan. Varun Dhawan also featured in David Dhawan's Judwaa 2, which followed the storyline of the 1997 film made by the veteran filmmaker with Salman Khan in the lead role.