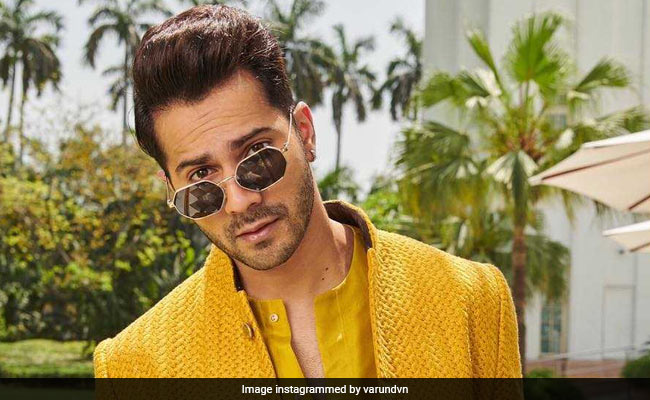 Varun Dhawan shared an update on his forthcoming film Coolie No 1 remake on Wednesday night. The 32-year-old actor shared a picture of a badge that read "No 1 licensed poster." Varun, who will be seen playing the lead role in the film, shared the picture and announced the film's release date in his caption. The film, which stars Sara Ali Khan as the female lead, will open in theaters on May 1 next year. This is the first time that Varun officially announced his association with the project. "Aaj ka din , agle saal, aega Coolie No1- Hoga kamaal!" Coolie No 1 releases on May 1, 2020."

Coolie No 1 will be directed by Varun's father David Dhawan and it will be produced by Vashu Bhagnani. The film marks father-son-duo Varun and David Dhawan's third collaborative project. David Dhawan has earlier worked with Varun on films like Main Tera Hero and Judwaa 2.

Coolie No 1 is the remake of the 1995 film of the same name. The film starred Govinda, Karisma Kapoor, Kader Khan and Shakti Kapoor among others. The film resonates with today's generation through its popular songs like Main To Raste Se Jaa Raha Tha and Husn Hai Suhana among others.