At the moment, Varun Dhawan is busy with Street Dancer while Sara is filming Love Aaj Kal 2 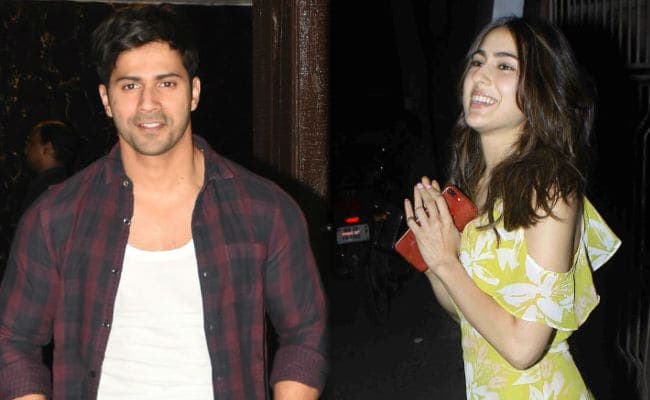 Varun Dhawan and Sara Ali Khan will co-star in a film for the first time.

Varun Dhawan and Sara Ali Khan's Coolie No 1 remake is all set to go on floors in August in Bangkok, reports Mumbai Mirror. Varun is currently filming Street Dancer while Sara is busy with Love Aaj Kal 2 and the actors are expected to clear their schedules till August to start filming Coolie No 1 remake, which will directed by Varun's filmmaker father David Dhawan. As per Mumbai Mirror report, David Dhawan is currently in Thailand scouting for locations. A source was quoted as saying: "David ji is on currently on a recce in the Thai capital city. The overseas stint will be followed by a schedule in Goa."

Speaking about the premise of Coolie No 1 remake, the source said: "The idea this time too is the same as filming abroad gives the film a fresh vibe. The basic premise of a coolie caught between two girls remains the same but there are many new changes in the screenplay for it to appeal to today's audience."

Varun Dhawan last collaborated with his father for Judwaa 2, which was more or less same as the 1997 film made by David Dhawan with Salman Khan in the lead role. Coolie No 1, which released in 1995 featured Govinda and Karisma Kapoor in the lead roles.

Coolie No 1 narrated the story of Raju (Govinda), a coolie who falls in love with Malti (Karisma Kapoor) who is the daughter of a rich landowner Hoshiyar Chand (Kader Khan). Raju pretends to be a rich businessman to marry the woman he loves in a plan orchestrated by a match maker, who wanted to hit back at Hoshiyar Chand for insulting him.

Afro-Jazz Saxophone Legend Manu Dibango Dies Of Coronavirus, He Was 86