"I love your personality," commented one of the users on the actress' post 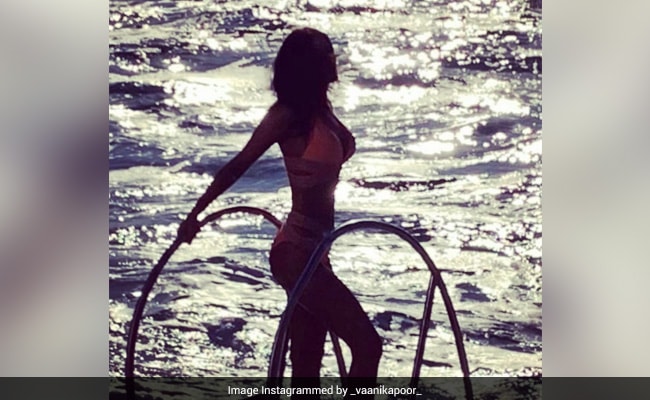 Did you see Vaani Kapoor's latest Instagram entry? It's beautiful. The actress, who was last seen in War, shared a stunning picture of herself and stole the show on the Internet. Vaani Kapoor's post is all about "sunsets and silhouettes" and it is easy to see why. The actress can be seen sporting an orange bikini while posing for the camera. Her fans can't get enough of her post. "Awesome," commented one of the users while another wrote: "I admire you a lot. You are my crush since the first time I saw you. I love your personality." See Vaani Kapoor's post here:

Vaani Kapoor's latest picture appears to be from the shoot diaries of her film War. The reason we are saying this is because the actress, in one of her previous posts, can be seen wearing what appears to be the same bikini that she is wearing in her latest post. Here's the picture we are talking about:

Vaani Kapoor shared screen space with Hrithik Roshan and Tiger Shroff in War, directed by Siddharth Anand and produced by Aditya Chopra. The high-octane action film was one of the highest-grossing Bollywood films of 2019.

Vaani Kapoor made her debut in Bollywood with the 2013 film Shuddh Desi Romance, in which she worked with late actor Sushant Singh Rajput. She has featured in a number of films such as Befikre and also Aaha Kalyanam, a Tamil movie. Vaani will next be seen in Karan Malhotra's Shamshera along with Ranbir Kapoor and Sanjay Dutt. She also has Bell Bottom with Akshay Kumar and Chandigarh Kare Aashiqui with Ayushmann Khurrana lined up.