Urvashi Rautela Wore A 20-Pound Dress Because, "Anything For Fashion"

"The outfit was super heavy," read a part of the actress' caption 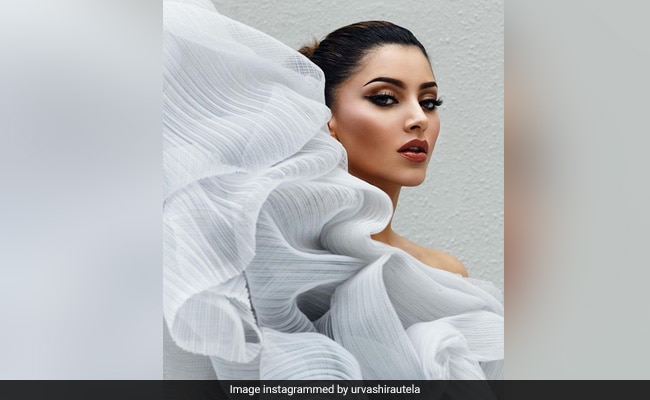 Urvashi Rautela can do "anything for fashion" and wearing a 20-pound dress is one of them. The actress, who has featured in films such as Singh Saab The Great and Great Grand Masti, herself showed what she can do for fashion in her recent Instagram entries. Urvashi featured on the cover of a magazine recently and shared a picture from her photoshoot on her Instagram on Monday. In her post, Urvashi Rautela can be seen wearing a Maison Met's pleated lilac gown. "Yea, yea. The outfit was super heavy (20 pounds on my body) but you know," she wrote in the caption and added: "Anything for fashion, baby."

Urvashi Rautela recently trended big time on social media after she shared a picture of cricketer Virat Kohli helping out his mother in the kitchen, followed by a picture of herself heading "off to kitchen." While sharing Virat's photo, she wrote: "Hey guys, I need y'll help! My mom Meera Rautela just sent me this picture on message. What do you think? What does she want me to do? What's her hidden motive? Scared" and got responses like "Help her with her work" from her fans in the comments section of her post.

Soon after that, she posted this picture of herself:

Urvashi Rautela has won the Miss India Universe title twice. She made her Bollywood debut opposite Sunny Deol in Singh Saab the Great (2013). She went on to feature in Bhaag Johnny and followed it up with Sanam Re, Great Grand Masti and Hate Story 4. She was last seen in comedy-drama Virgin Bhanupriya, which released last year.

Urvashi Rautela has also featured in the music video of Love Dose with Yo! Yo! Honey Singh. She also starred in Kaabil's special song Haseeno Ka Deewana.