Amitabh Bachchan, of all people, welcomed KRK back with a gushing tweet that has left many fans bewildered 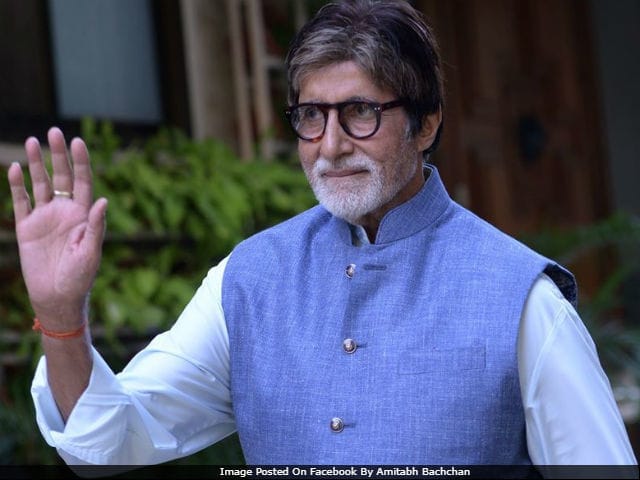 Self-appointed critic Kamaal R Khan appears to have returned to Twitter - months after his account was suspended - and somewhat unexpectedly, this seems to have thrilled Amitabh Bachchan, of all people, who welcomed KRK back with a gushing tweet that has left many fans bewildered. "The irrepressible Kamaal R Khan... straight talking, without any frill is BACK. Fasten seat belts," read Amitabh Bachchan's tweet, which was posted last night. Several EOFL emoticons in the tweet make it clear that Big B is prepared to be fully entertained by a man whose controversial tweets, many of which are derogatory towards certain female members of the film fraternity, relegate him to troll status. The comments thread is flooded with responses like "unbelievable" and "sorry to see you are tweeting for such a person. Really saddened" and "Irrepressible is a tall adjective you have used here, sir."

Sorry to see u r tweeting for such person.... really saddened

Irrepressible is a tall adjective you have used here sir! #unworthyadjectives

He's back. Don't say I didn't warn you. @kamaalrkhan

. @kamaalrkhan The bad boy is back to do lot of good ..Welcome KRK, We have been missing u!

All the welcome tweets have been retweeted by KRK Box Office's Twitter handle, which is managed by him.

KRK has a long history of insulting and being blocked by celebrities. Some actresses he disparaged online, including Swara Bhasker, Sonakshi Sinha, Parineeti Chopra and Lisa Haydon, have returned fire by posting lacerating tweets back. Kamaal R Khan was also directly involved in an unsavoury incident when actor Ajay Devgn tweeted a recording of KRK admitting to have been paid for favourable reviews of his film Ae Dil Hai Mushkil by director Karan Johar. KRK swiftly denied having actually been paid.

In short, the film industry seems united against Kamaal R Khan, which makes the Bachchans' endorsement of him so inexplicable.

If we were to give Amitabh Bachchan a massive benefit of doubt, perhaps this 'health bulletin' dated April might hold a clue - Kamaal R Khan claimed to be suffering from stage 3 stomach cancer and that he only has a year or two to live; on his bucket list is a film with Big B.

This is press release of #KRK about his health. pic.twitter.com/0UlscVD4wq

Meantime, the KRK Box Office handle revealed that Kamaal R Khan will begin tweeting soon after first having unblocked everyone he had blocked.

KRK @kamaalrkhan will unblock each and everyone, when he will start tweeting.

Consider that a threat.