Deepika Padukone and Ranveer Singh in a priceless photo 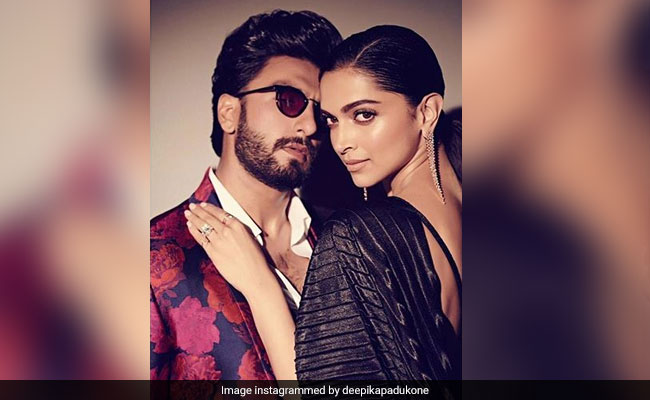 Deepika and Ranveer in a priceless photo (courtesy style.cell)

While we were obsessing over Deepika Padukone's cake-eating photo on Instagram, this happened. The 33-year-old actress posted a priceless photo of herself and husband Ranveer Singh on Instagram. "No caption needed" was the general idea behind the post but the Internet made up for the caption by flooding the comments section with dramatic comments such as "dropped my phone", "I am going to die now", "bad day turned into a beautiful one", "crying inside" and many such. Of Deepika and Ranveer's celebrity friends, Jacqueline Fernandez and Malaika Arora were the first ones to favourite the photo. While Jacqueline reacted to it with a "damn", Malaika left an "uff" in the comments section, a comment which was repeated several times below by DeepVeer fans. Deepika and Ranveer's photo garnered almost 10 lakh likes in an hour. 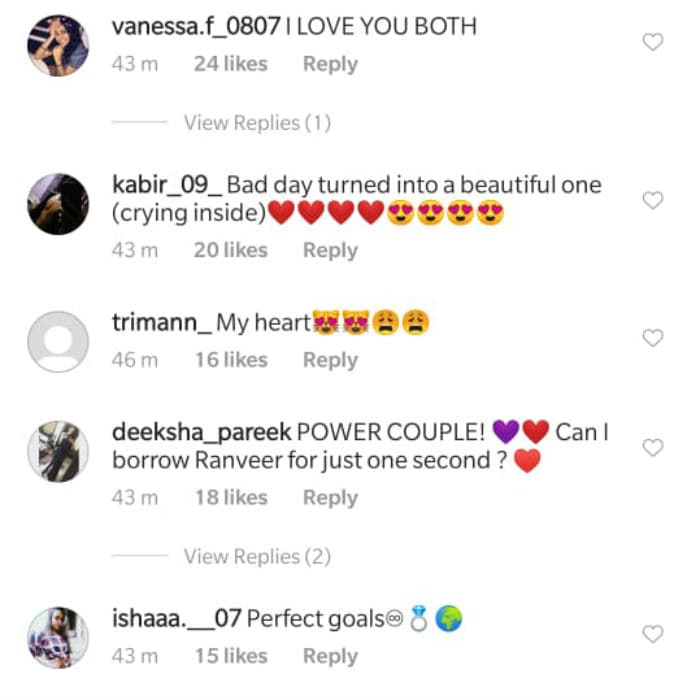 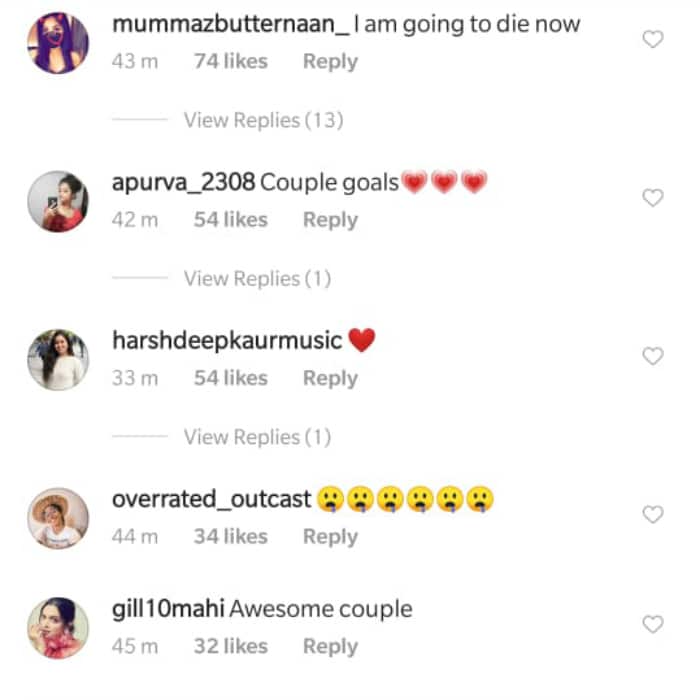 Deepika and Ranveer attended the Nykaa Femina Beauty Awards on Wednesday night - she in a stunning black ensemble custom designed by designer Amit Aggarwal and he in a floral printed blazer to go with his suited look.

Deepika and Ranveer's photo can be seen as a rare one as this is the first time the actress posted a shot of them together after their reception posts. In between, Deepika had appeared in a video on Ranveer's Instagram, in which she says: "Yeh, aya police."

Deepika and Ranveer, we also have a caption suggestion for this photo - "WOW." Yes, in caps.

More from Deepika's style album, by her stylist Shaleena Nathani.

Meanwhile, it's been a busy night for Deepika Padukone, who also attended the Lokmat Maharashtrian Of The Year Awards earlier in the evening.

Before that, Deepika had shared this throwback post from last week's Filmfare Glamour and Style Awards.

Ranveer Singh is currently basking in the glory of the box office success of his recent release Gully Boy, which is eyeing the Rs 100 crore bounty. Ranveer also has films such as '83 and Takht in the pipeline. On the work front, Deepika Padukone is yet to begin work on Meghna Gulzar's film Chhapaak, in which she will play the role of acid attack survivor Laxmi Agarwal.