"All my relatives and people I know are very happy about the show and they have only great things to say," said the actor 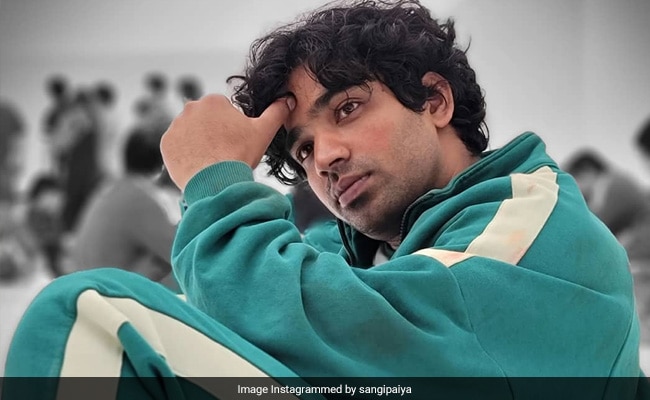 Korean series Squid Game has been trending insanely ever since its release on streaming giant Netflix last month. The show's stars too have been a topic of discussion globally. Actor Anupam Tripathi, who starred as a migrant named Ali, one of hundreds of deep-in-debt people that become a part of a deadly contest based on Korean playground games, started trending courtesy a recent interview with News18, where he opened up about his mother's reaction on the show's success and what she told him. Speaking of his mother, Anupam told News18, "She is very sweet. I told her that her son is now being asked about from around the world. She was very happy for me and congratulated me. She also said, 'Zyaada udna mat. Paanv zameen par tika kar rakhna' (Don't get carried away by your success. Be rooted)."

He added during the interview, "That humility and that kind of upbringing she has given me and I am very thankful to her. All my relatives and people I know are very happy about the show and they have only great things to say."

In an interview with Variety earlier this week, the 32-year-old actor said that he was "not prepared" for the kind of response the show received. "We felt that it will be received well, but when it became a phenomenon and sensation, it was not expected - I was not prepared," he told Variety.

Squid Game, one of the most popular series on Netflix, showcases the story of contestants caught in a dystopian world, where surviving kids' games is the only deciding factor for life and death.

Besides Squid Game, Anupam Tripathi has been a part of K-dramas such as Descendants Of The Sun. He also appeared in Space Sweepers starring Song Joong-ki.