We would love to see Aishwarya Rai Bachchan's reaction 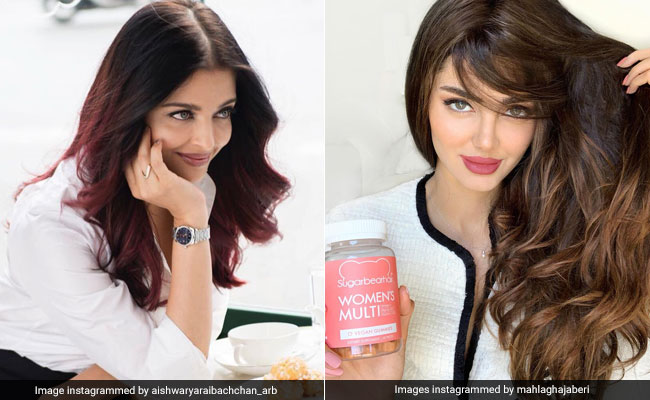 Twitter users just learnt about Aishwarya Rai Bachchan's doppelganger and fans clearly can't keep calm. On Wednesday, several Twitter users chanced upon pictures of the former beauty queen's doppelganger and we must tell you that the resemblance is uncanny. In case you are wondering who the actress' lookalike is, we are here to help. Aishwarya's lookalike happens to be 29-year-old Mahlagha Jaberi. Mahlagha is an Iranian model and she has appeared on the covers of several fashion magazines. The model has over 2.7 million followers on Instagram.

Needless to say, Aishwarya's fans were delighted to see the actress' lookalike and they started expressing their joy on social media in no time. A fan juxtaposed a picture of Mahlagha with Aishwarya and wrote: "The resemblance is uncanny."

Many other fans seemed to have a similar opinion. Take a look at a few tweets here:

These new articles about Doppelganger... pic.twitter.com/F4UWtN3a90

As of now Aishwarya Rai Bachchan hasn't responded to her doppelganger but we are eagerly waiting for the actress' reaction.

On the work front, Aishwarya Rai Bachchan was last seen in the 2018 musical film Fanney Khan, co-starring Anil Kapoor and Rajkummar Rao. The actress will also be seen walking the red carpet at the Cannes Film Festival later this month.

Aishwarya Rai Bachchan will next be seen in the Anurag Kashyap-produced film Gulab Jamun, in which she will be seen sharing screen space with her actor-husband Abhishek Bachchan. The star couple were last seen together Mani Ratnam's 2010 film Raavan.