Twinkle Khanna's New Post Is 'Just Amazing'. Do You Agree With The Internet?

"I realise how wonderful the world is when I borrow a little wonder from a child's eyes," reads Twinkle's caption 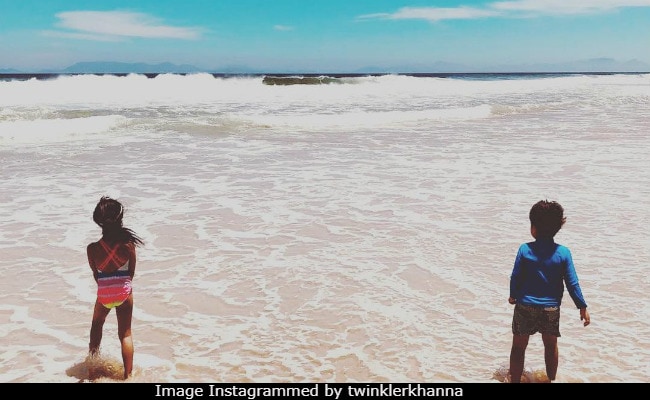 New Delhi: Twinkle Khanna, who recently touched down in Mumbai after her birthday vacation in Cape Town, picked out a fresh photo for her Instagram. One of the two little chaps in her photo appears to be her five-year-old daughter Nitara. The little ones can be seen playing with the waves while the one behind the camera (presumably mom Twinkle) kept a close watch. "I realise how wonderful the world is when I borrow a little wonder from a child's eyes," is how she captioned the photo. Posted on Tuesday evening, the post garnered some 17,437 'likes' in half hour and is being showered with love for its simplicity, as well as the beautiful caption.

What a lovely caption," read a comment while another added: "Your pics and words are goals," said another. "Such a beautiful caption," commented another Instagram follower of Twinkle and another added: "This is a fabulously cute picture captured and the caption is just amazing."

Promoted
Listen to the latest songs, only on JioSaavn.com
Apart from her birthday celebrations in Cape Town, Twinkle Khanna, Akshay Kumar and family also welcomed the New Year in the holiday destination. This is the greeting card Twinkle sent from Cape Town: "Happy New Year Folks! It's only when you jump into action that things change, even your shawl metamorphoses into a fluttering cape! #jumpstartthenewyear."

Happy New Year Folks! It's only when you jump into action that things change, even your shawl metamorphoses into a fluttering cape! #jumpstartthenewyearpic.twitter.com/b8CtlrVEER

Twinkle Khanna and family returned from their Cape Town holiday last week and were spotted at the airport. Twinkle Khanna at the airport 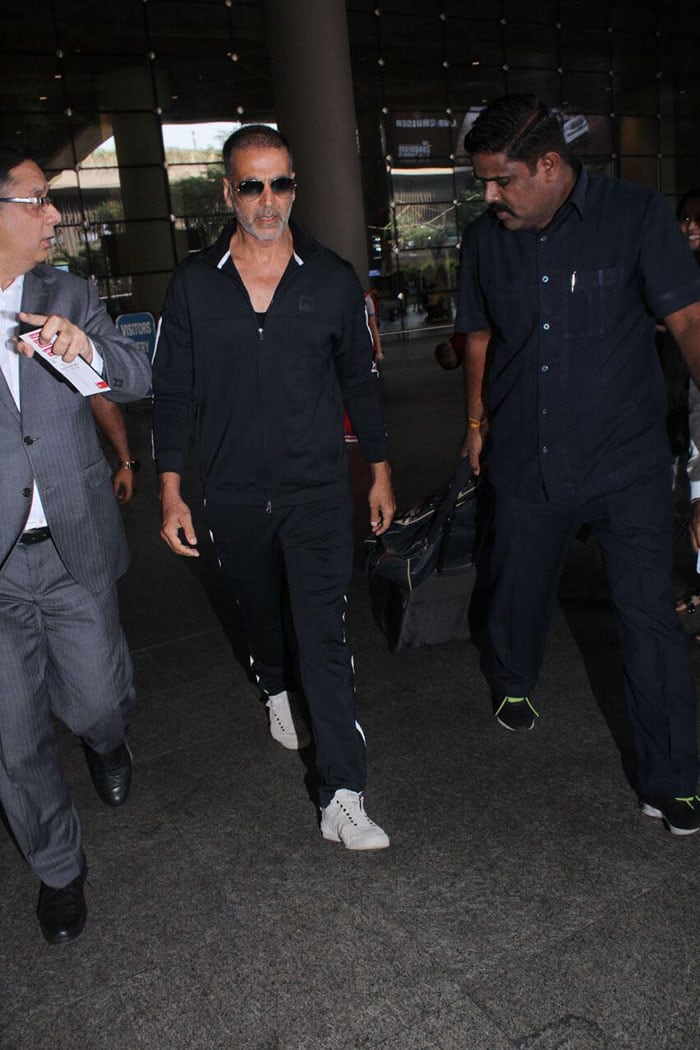 Akshay Kumar at the airport

Twinkle Khanna, a former actress, is now a bestselling author and has two books on her resume - Mrs Funnybones and The Legend Of Lakshmi Prasad. Akshay Kumar is currently busy with his PadMan duties as the movie releases on Republic Day. It is expected to clash with Padmavat. Directed by R. Balki, the movie is produced by Twinkle Khanna's Mrs FunnyBones Movies and also stars Radhika Apte and Sonam Kapoor.
Comments
twinkle khannainstagram