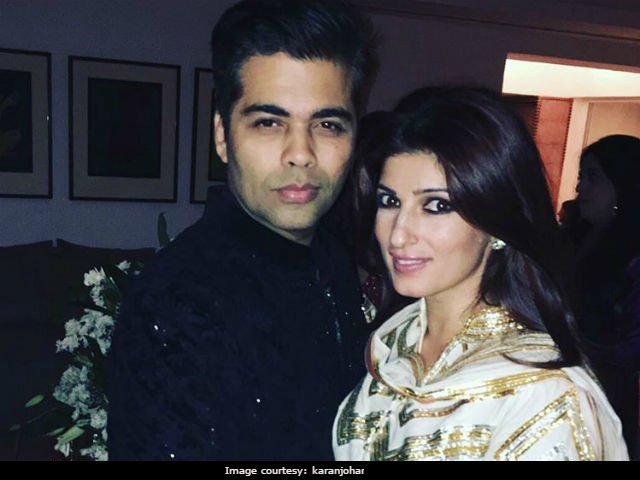 New Delhi: Twinkle Khanna, undisputed queen of the one-liner and mistress of all she surveys on Twitter, returned a compliment paid by good friend Karan Johar with a slam dunk that filled our dull Monday with good cheer. Karan Johar, whose been friends with Twinkle forever, tweeted a link to the author and columnist's new commercial for Google Pixel, writing: "You nail it with your words and now you're excelling in front of the camera. You go girl." No beat was missed by Twinkle. Her response: "Since you are so impressed can I suggest a sequel to My Name Is Khan - add 2 alphabets, call it My Name Is Khanna and cast me."

The conversation, as it were:

Not gonna happen, because:

Karan should, of course, be used to these ripostes and prepared for more. On the recently concluded season of his chat show Koffee With Karan, he was subjected to a stream of sharp Twinkle-isms as her husband Akshay Kumar fidgeted nervously at the other end of the Koffee couch.

Also, we're not sure why Karan Johar is surprised by his friend's camera-friendliness - Twinkle Khanna had a hugely successful Bollywood career in the Nineties before quitting to be an interior designer and, now, write. Plus, as the daughter of actors Rajesh Khanna and Dimple Kapadia, she has impeccable genes. She did, however, tell NDTV last year, "I have no acting skills! You need acting skills to act, not intelligence. They're two different skills."

Promoted
Listen to the latest songs, only on JioSaavn.com
So about that sequel... safe to say it's not going to be hitting screens any time soon.

Twinkle Khanna, 43, has published two bestselling books and is now returning to her roots with a production house named after her Twitter alter ego, Mrs FunnyBones (also the name of her first book). Her first film, which she is conceptualizing as well as producing, is titled Padman and stars her husband Akshay, Sonam Kapoor and Radhika Apte. R Balki has been recruited to direct.