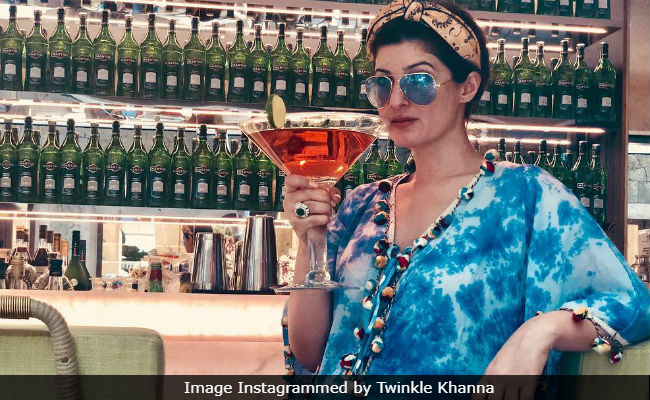 We have good news for all the Twinkle Khanna fans out there. She has finished writing her third book. Yes, you read that right. The 43-year-old shared the news with her fans across different social media platforms. She wrote: "Now that I have finally finished book Number 3- my glass is half-full indeed!" Twinkle accompanied her post with hashtag "#AllWorkAndNoPlayNoMore."Just like us, Twinkle's fans too were delighted by the news, while some fans congratulated her on the completion of the book, others started enquiring about the book's title and genre. Remarks such as "can't wait to read this one," and "Hurray! New book," were frequently seen in the comments section. In the picture, Twinkle can be seen sporting a blue tunic, which fans recalled as the famous blue kaftan that she mentioned in her previous book.

Now that I have finally finished book No. 3- my glass is half-full indeed! P.S the fab tunic is one of the perks of having @bindyany as my bestie :) #AllWorkAndNoPlayNoMore

Twinkle Khanna's previous books Mrs Funnybones and The Legend Of Lakshmi Prasad are best-sellers. It will be interesting to see the fate of Twinkle's third book. Twinkle frequently features in headlines for her voicing her opinion on social issues, for her great sense of humour and impeccable sense of style. Earlier this month, Mrs Funnybones shared a meme about a writer's desk, along with the caption: "A spoonful of despair mixed with tepid coffee and my ruthless editor's face with two darts sticking out."

A spoonful of despair mixed with tepid coffee and my ruthless editor's face with two darts sticking out :) https://t.co/tBONgqfEEJ

And where there's a mention of Twinkle Khanna and writing, we can definitely not overlook her post where she revealed what goes around her writing closet. Twinkle wrote: "A writing desk and no door to lock-which means that Saturday mornings I have to flee to the office to write in peace because of my two monsters prowling around #mydeskismycastle."

Apart from being a best-selling author, Twinkle Khanna is a renowned columnist and film producer. She is also an interior decorator and runs a brand named The White Window.